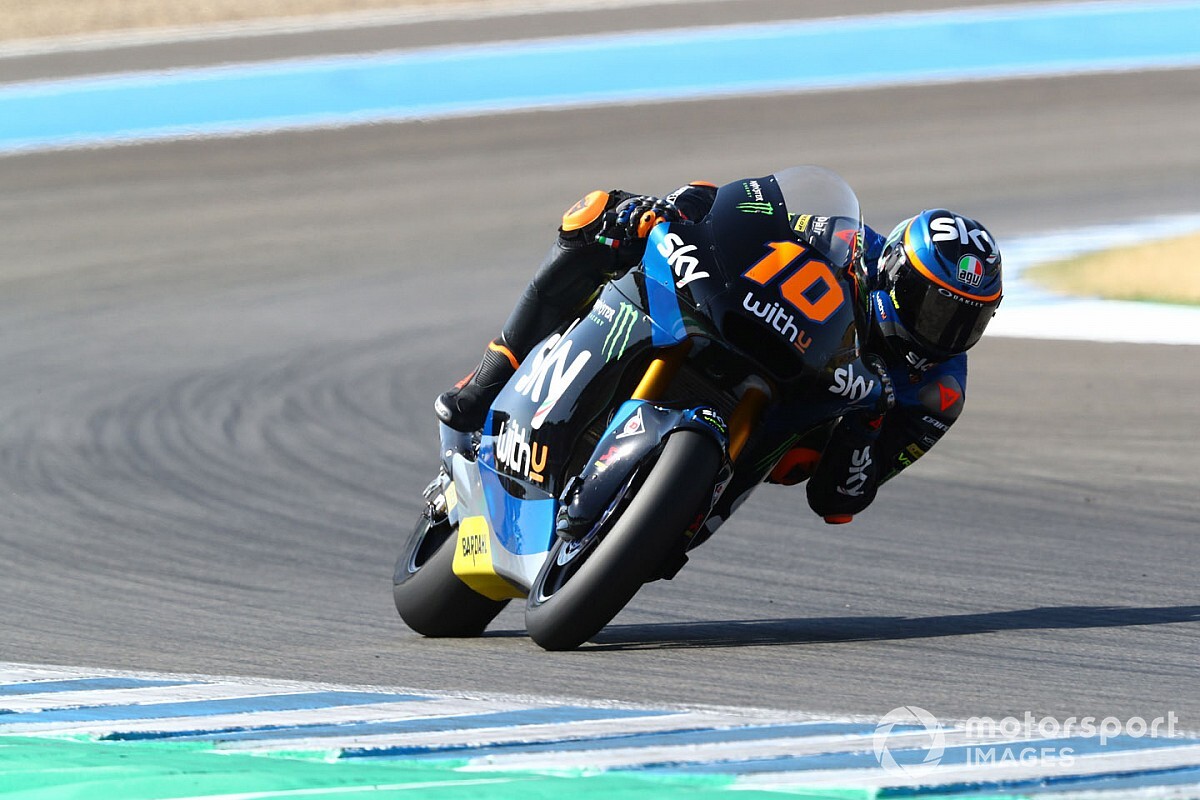 Seizing the lead early on, VR46 rider Marini eased into the distance and managed tyre wear to secure his first win of the season ahead of Qatar victor Tetsuta Nagashima on the Ajo Kalex.

Jorge Martin transformed his maiden Moto2 pole into the race lead off the line on the sister Ajo bike ahead of Aspar rookie Aron Canet and Marini.

Marini moved up to second by lap three and snatched the lead away from Martin on the inside of the Turn 9 right-hander on the following lap.

Nagashima became the chaser at the end of that tour after disposing of his teammate, with the pair quickly opening up a gap to the chasing Martin, VR46 bike of Marco Bezzecchi and Canet.

Bezzecchi moved into third on the seventh lap, but a maiden Moto2 podium in just his second race in the intermediate class went away from him when he crashed at Turn 10 just moments later.

This extended the gap at the front, with Marini also opening up his advantage over Nagashima, which stood at over a second by lap nine.

Marini had his lead up to 1.6s by lap 12, though Nagashima did cut into it by way of several fastest laps to put the Italian under some pressure.

However, Marini settled into a rhythm again in the closing stages to keep his lead at the 1.5s and cruise to the chequered flag for his first win since last year’s Japanese GP.

Nagashima proved his shock Qatar win was no flash in the pan to hold second from eighth on the grid to maintain his championship lead - which now stands at 17 points - while Martin repelled a late charge from Marc VDS’ Sam Lowes to complete the podium.

Lowes surmounted Canet in the second half of the race, though Asapr rider maintained fifth spot ahead of his teammate Hafizh Syahrin.

Remy Gardner got his SAG Kalex to the line in seventh, while last year’s Jerez winner Lorenzo Baldassarri (Pons) fended off the Italtrans bike of Enea Bastianini and the Petronas Sprinta of Xavi Vierge.

Jorge Navarro crashed on the opening lap after Bezzecchi nudged his Speed Up, while both Intact GP bikes of Tom Luthi and Marcel Schrotter ended their races in the gravel.