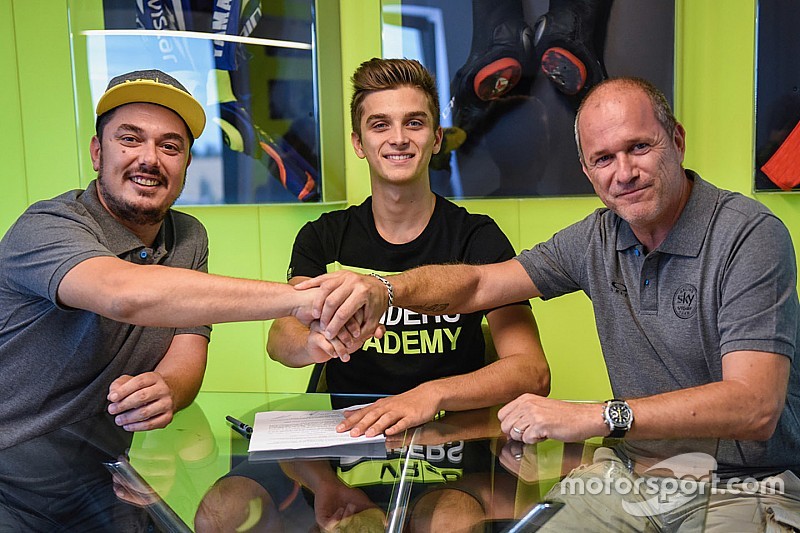 Luca Marini, half-brother of MotoGP legend Valentino Rossi, will switch to the Sky Racing VR46 squad for his third Moto2 campaign next year.

Marini joined the intermediate class full-time in 2016 with Forward Racing, and remained with the Italian squad for his sophomore season this year.

The 20-year-old has so far scored a best finish of fourth at Brno, and lies 11th in the standings with five rounds remaining.

Next year he will partner this year's standout Moto2 rookie Francesco Bagnaia at Team VR46, replacing the underperforming Stefano Manzi on the team's second Kalex bike.

"I am really excited to take on this new challenge," said Marini. "Putting myself to the test in the Sky Team Racing VR46 family is a great opportunity to continue my development. I will try to live up to expectations."

The 16-year-old made his Grand Prix debut earlier this year at Brno in a wildcard appearance for the Platinum Bay KTM squad, finishing 14th.