Valentino Rossi's half-brother Luca Marini admits he has had trouble getting to grips with Moto2's new two-part qualifying format this year.

Marini went into his fourth Moto2 season considered among the favourites for the title off the back of his strong late-2018 form, which yielded a first grand prix win at Sepang and pole position for the Valencia finale.

However, the Sky VR46 rider lies only seventh in the points after four races, having scored 35 points - 40 less than fellow Rossi protege and championship leader Lorenzo Baldassarri.

Marini told Motorsport.com one of his biggest issues this year has been qualifying, especially now Moto2 is using the same Q1/Q2 format as MotoGP instead of a single 45-minute session.

In the last three races in Argentina, Austin and Jerez, he has started from 13th, 10th and 13th respectively, with his best race finish having been sixth in Austin.

"Honestly, not very well," said Marini when asked how he has adapted to the new qualifying system. "It was difficult, because in any case they took away many minutes of track time.

"Unlike MotoGP we don't do FP4, so if you go directly in Q2 you get back on track without having ridden for three hours. To find the concentration to do 15 minutes at your best is not easy and I must admit that I have not been brilliant in qualifying."

Marini's progress this year has also been hampered by a shoulder operation in the winter that the 21-year-old says he has yet to fully recover from.

"I made some good progress after Austin," he said. "That was a very tough race, as we expected, because it is the most difficult track of the year.

"After that race it took a week to recover, but then before arriving in Jerez I managed to train well and I think I was at 85 percent.

"In a month I think I can be at 100 percent, so let's say if everything goes according to plan, without a hitch, I should be in place at Mugello."

The other major change in Moto2 this year has been the move to a new 765cc Triumph engine, a switch Marini says he was apprehensive about considering his strong form with the old 600cc Honda unit that had been in use since 2010.

However, the Italian says he is finding his feet with the new motor and considers its introduction to be a good thing for the intermediate class.

"At the end of last year I was very strong and I had found a great feeling with the bike, so from a certain point of view I was disappointed to leave it, but it was a good change.

"The new engine works very well and certainly still has a lot of margin for improvement, but it represents a leap in quality that we needed for Moto2. The bikes ride very well and the new Kalex is very easy to ride, in fact a lot of riders are strong.

"We need to try to take the step we need to fight for victory in all the races. I think that from now on we can make a difference." 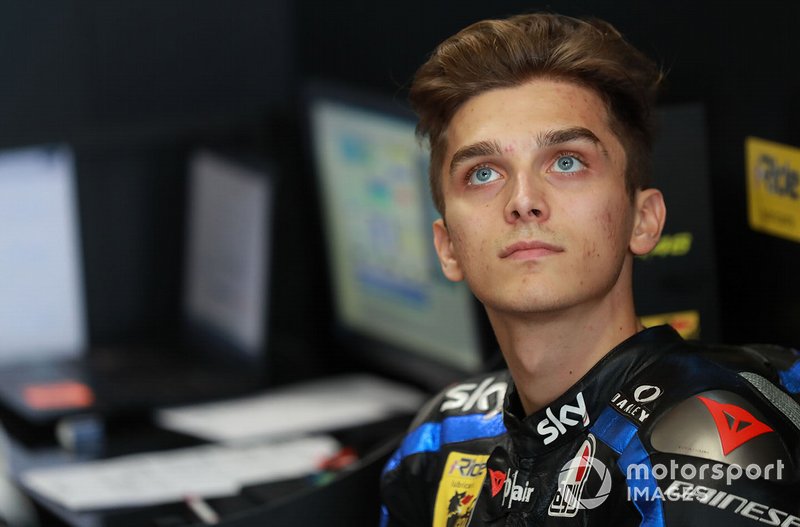