Martin moves up to Moto2 with Ajo KTM 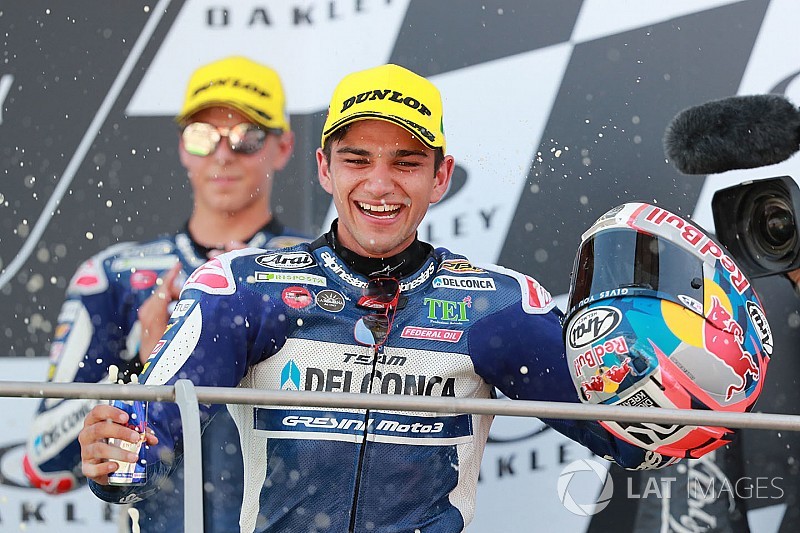 Moto3 frontrunner Jorge Martin will move up to Moto2 next season in a two-year deal with the Ajo KTM team, it has been confirmed.

As Motorsport.com reported earlier this year, four-time grand prix winner Martin will step up to the intermediate class in 2019 with the works KTM outfit that runs Miguel Oliveira and Brad Binder.

Oliveira is moving up to MotoGP with new satellite KTM team Tech 3, while former Moto3 champion Binder is expected to remain on board for what would be a third successive Moto2 season.

“I think this is an important move for my career and I’m really happy to have found this agreement with KTM and Red Bull," said Martin, who lies second in the Moto3 standings behind Marco Bezzecchi.

"It is such a competitive brand and I already cannot wait to start working this winter to attack next season. I want to learn as much as I can in the first year and fight to be at the top in the second."

Martin was previously associated with KTM when he raced in the Rookies Cup series, becoming champion in 2014, but he made his Moto3 debut on Mahindra machinery before switching to Gresini Honda in 2017.

He scored nine poles that year, albeit only winning once and ending up fourth in the standings, and he has taken four poles and three wins in the opening six rounds of the current campaign.

"We are proud and happy to get this rider 'back'," said KTM motorsport boss Pit Beirer. "He was growing up in the Rookies Cup and I think our philosophy is now clear to everybody.

"Having Jorge in Moto2 is another milestone for us because he really is one of the upcoming talents in this paddock; it underlines the effort we are making.

"Together with Aki [Ajo, team boss] we are trying to have this combination of experience and adding one of the youngsters in Moto2.

"I think it is important that we have opened a cool line to show how a rider can make steps with us through the categories."