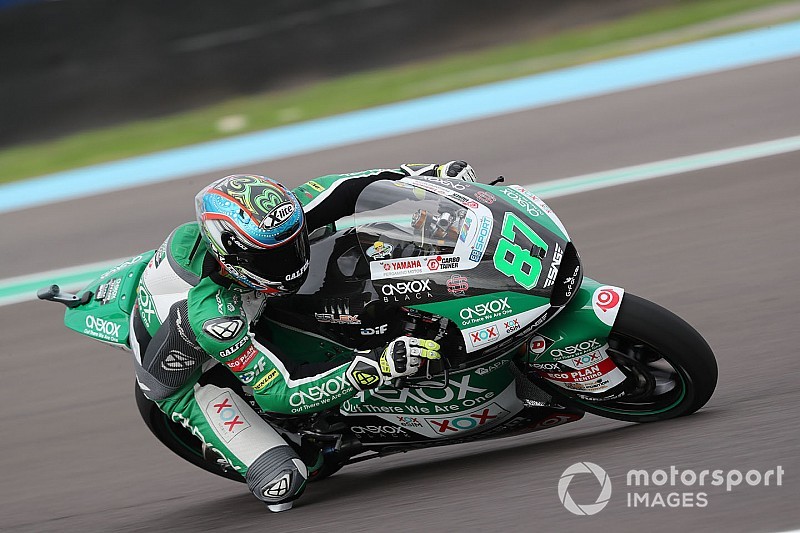 Jack Miller says he was stoked to see rising Moto2 star Remy Gardner 'stick the finger up' to his doubters with his first World Championship-level podium in Argentina.

Having just missed out on a top three finish in Qatar, Gardner secured his first Moto2 podium with a second at Termas de Rio Hondo on Sunday, emerging as a somewhat unexpected title contender in the process.

His efforts caught the eye of fellow Aussie Jack Miller, who himself capped off a solid Argentine GP for riders from down under with a fourth place on the Pramac Ducati in the premier class.

According to Miller, Gardner's second place was a big moment for a young rider too often in the shadow of his famous father, 1987 500cc world champ Wayne Gardner.

And he reckons the SAG Kalex rider made it all the better by doing it with an "old school" flair.

"It's unreal. He had pace all weekend, and he looked impressive while doing it," said Miller.

"I think he's definitely getting 10 out of 10 in the style points. He's bringing something old school into it, it looks really good.

"I'm stoked for him, especially for a first year on a decent Moto2 bike. To be instantly taking it [to the frontrunners], it's really good.

"I told old Wayne-o to go and have a beer on me, he deserves it. They put a lot of work in. I see that situation of having a father who is a world champion, it can be a blessing and a curse, you know.

"They've had to work their arses off because no one really gives them a chance, they say 'he hasn't got what his dad's got'. Which is completely right, his dad was a completely different bloke.

"So I'm stoked for him to really stick the finger up to the people who said no, and watch him do well. It's great."

Gardner currently sits second in the Moto2 standings, 17 points behind Lorenzo Baldassarri who is unbeaten after the opening two races of the season.

Schumacher has the talent, the speed, and the wealth