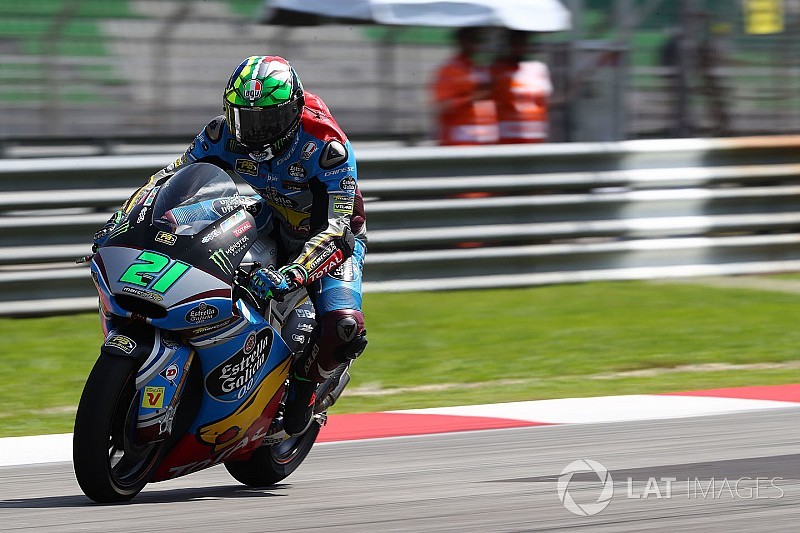 Franco Morbidelli has been crowned the 2017 Moto2 champion after chief rival Thomas Luthi was declared unfit to take part in today's Sepang race.

Luthi suffered a crash during qualifying for the penultimate round of the season, losing control of his Kalex bike at Turn 2 with three minutes left in the session.

A medical examination on Sunday morning revealed that he suffered an ankle fracture in the incident, ruling him out of the race.

With the Swiss rider 29 points adrift of Morbidelli in the standings and only 25 on offer in the final round at Valencia, the Marc VDS rider has sealed the 2017 Moto2 crown.

The 22-year-old has thus become the first Italian rider to win the Intermediate class title since the late Marco Simoncelli in 2008.

He has taken eight wins, 10 podiums and five pole positions, including the one for this Sepang round.