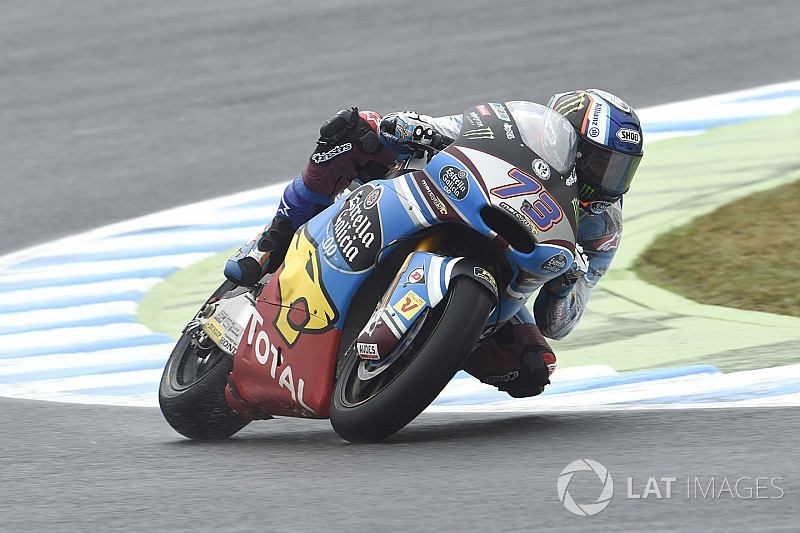 The shortened 15-lap race was led for much of the way by local hero Takaaki Nakagami, who converted pole position into an early lead ahead of Xavi Vierge and Mattia Pasini.

Marquez dropped from second to fourth on the opening lap, but soon settled into his rhythm and was back to his starting position by the end of the second tour.

Nakagami was able to keep Marquez a safe distance behind until around halfway, when the latter began to close on the MotoGP-bound Honda protege.

The Japanese rider managed to stave off an attack by Marquez on the ninth lap, but was powerless to prevent the Spaniard from coming through at Turn 11 two laps later.

From there, Marquez was able to reel off the remaining laps for his first win since June's Barcelona race and the eighth of his grand prix career.

After losing the lead, Nakagami began to fade dramatically, and was passed for second by Tech 3 rider Vierge with four laps to go before being demoted by a charging Hafizh Syahrin later that lap.

Petronas rider Syahrin looked to have the pace to challenge Marquez in the closing laps, but couldn't clear Vierge, who scored his first-ever grand prix podium in second.

Behind Syahrin, Francesco Bagnaia (Sky Racing VR46) made a late surge to fourth place ahead of Pasini, both of whom passed Nakagami on the final lap.

From 15th on the grid, points leader Morbidelli recovered to finish eighth, one place behind KTM rider Miguel Oliveira and 11.4s down on teammate Marquez at the finish.

With nearest rival and future MotoGP teammate Thomas Luthi only managing 11th, it means Morbidelli carries a lead of 24 points into the final three races of the season.