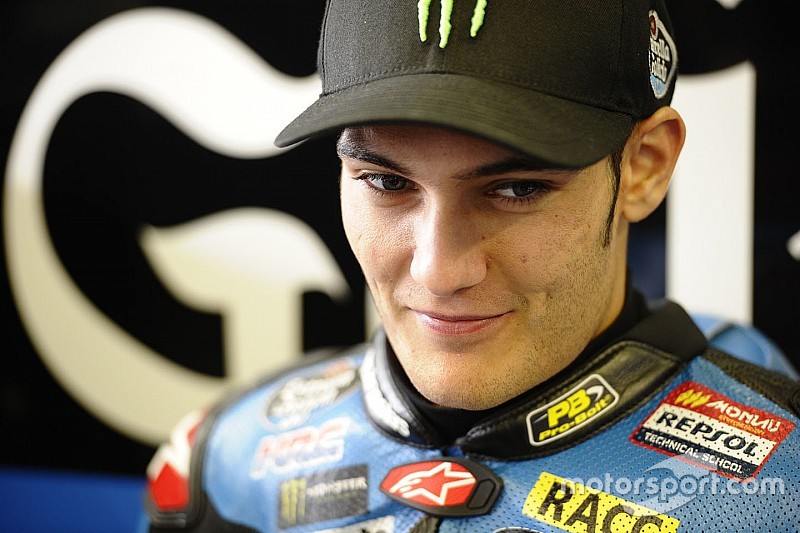 Moto3 frontrunner Jorge Navarro will move up to the Moto2 class in 2017 to join Gresini Racing.

Navarro currently lies second in the Moto3 standings, 61 points behind Brad Binder, and secured the first Grand Prix win of his career earlier in the season at Barcelona before sitting out the following race in Assen due to injury.

“I’m very happy and excited to have the opportunity to step up to the intermediate class of the World Championship with the Team Federal Oil Gresini Moto2," said Navarro, whose contract is for two years.

"It’s an exciting challenge that I face with great enthusiasm. I would like to thank Federal Oil and Fausto Gresini for the trust they put in me, and for giving value to the work I’m currently doing in Moto3."

Navarro becomes the second Moto3 rider to secure a step up to Moto2, following Aspar Mahindra's Francesco Bagnaia - although confirmation of Binder's move to the intermediate class with KTM is imminent.

Alex Marquez: "I was trying too hard to match what Marc did"