Navarro to skip Sepang Moto2 round after surgery 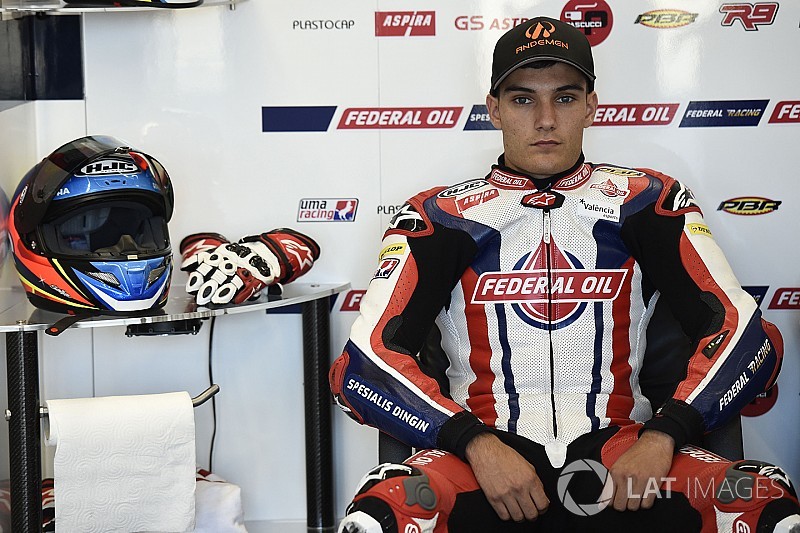 Gresini Moto2 rider Jorge Navarro will not take part in this weekend's Sepang race after undergoing surgery earlier this week.

Moto2 rookie Navarro crashed out early on in last weekend's Phillip Island round, damaging the ligament in the fourth finger of his left hand.

The 21-year-old underwent surgery in Melbourne on Monday morning, and is set to return to Europe this week to complete his rehabilitation.

His place for this weekend's Sepang race will be taken by Indonesian rider Dimas Ekky Pratama, a regular of the CEV Moto2 series, who will be making his grand prix debut in Malaysia.

A Gresini statement said it is "very likely" Navarro will be fit in time for the final round of the season at Valencia next month.

Navarro currently lies 13th in the standings in his maiden Moto2 campaign, with three top-six finishes aboard the Gresini Kalex at Barcelona, the Sachsenring and Aragon.