Nicolo Bulega will cease to be a member of Valentino Rossi's VR46 team and Riders Academy at the end of the 2019 season, it has been announced.

Bulega became a protege of Rossi in 2013, winning the CEV Moto3 title in 2015 and embarking on his first full season in grand prix racing in 2016 with the Sky-backed VR46 Moto3 squad.

He scored two podiums that year, which remain his only top-three finishes at world championship level, and graduated to Moto2 at the start of this year.

However, Bulega has endured a tough time in the intermediate class, scoring a best finish of ninth in the opening part of the season and sitting 18th in the standings ahead of this weekend's Brno round, having skipped the Austin race in April due to injury.

In a statement issued by Bulega's family on Wednesday evening, it was confirmed that the relationship between the 19-year-old and the VR46 fold will not extend beyond this year.

"VR46 for me has been like a second family," said Bulega. "For the last six years I've spent most hours each day together with Vale [Rossi], Uccio [Salucci, Rossi's long-time friend and business partner], Albi [Alberto Tebaldi, VR46 CEO], Barbara [Mizzoni, administrator] and my friends and fellow riders in the Academy.

"I learnt a lot from them and I feel privileged to have been part of this group and to be able to say with pride that I was a rider of my absolute idol, Valentino Rossi.

"But after so many seasons with the same colours and the same people, now is the time to try and stand on my own two feet and seek out new professional experiences to complete myself both as a sportsman and a person.

"It won't be an easy challenge, but we can say it will act as a motivation."

Bulega has been linked by Italian media with a potential move to the Italtrans Moto2 team for the 2020 campaign. 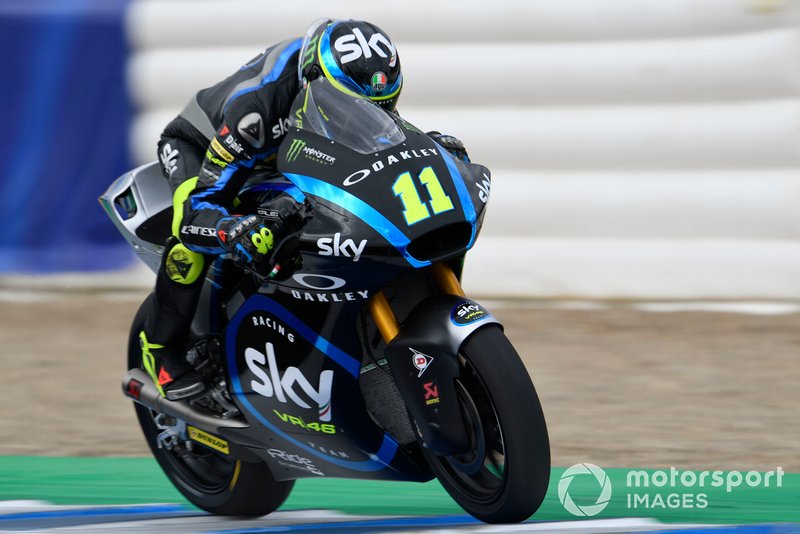