Nieto MotoGP team steps down to Moto2 for 2019 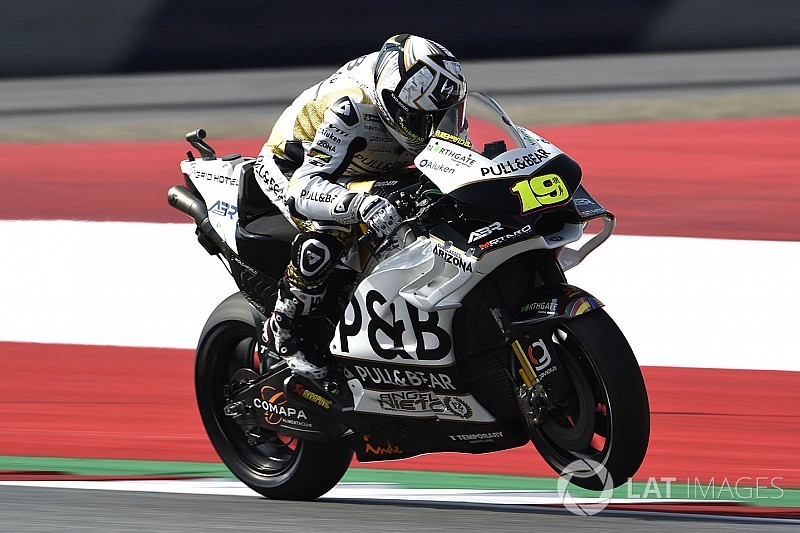 The Angel Nieto MotoGP squad has announced it will return to Moto2 next season as it "refocuses" on the two junior classes of grand prix motorcycle racing in 2019.

Nieto, formerly known as Aspar, runs satellite Ducati machinery in the top class for Alvaro Bautista and Karel Abraham this season, but will be effectively replaced on the MotoGP grid next year by the new SIC Yamaha satellite team.

The Spanish outfit will instead return to Moto2 for the first time since the 2014 season in a new alliance with KTM, which already supplies the Kiefer Racing and CGBM Evolution squads in the intermediate class.

Nieto already operates KTM bikes in Moto3, having returned to the Austrian marque's fold this year after a spell operating works Mahindra bikes.

Team owner Jorge 'Aspar' Martinez said: “We are really very happy to have reached this agreement with KTM, which will allow our project to continue growing with great results.

"In only our first year together in Moto3 we have already won a Grand Prix [with Albert Arenas at Le Mans], we have finished on the podium and we have been close on several other occasions. Now we will double our efforts and compete together also in Moto2.

"We are very excited to have a project that starts from base level, in the Junior Moto3 World Championship, and continues through Moto3 to Moto2.

"Our objective is to make it a winning combination in all categories and for us to get back to being one of the world’s leading teams.”

Simon also finished runner-up to Toni Elias in the first season of Moto2 in 2010, while Terol and Jordi Torres scored four victories between them in 2013.