Luis Salom has passed away after a crash in Moto2 practice on Friday at the Circuit de Barcelona-Catalunya. 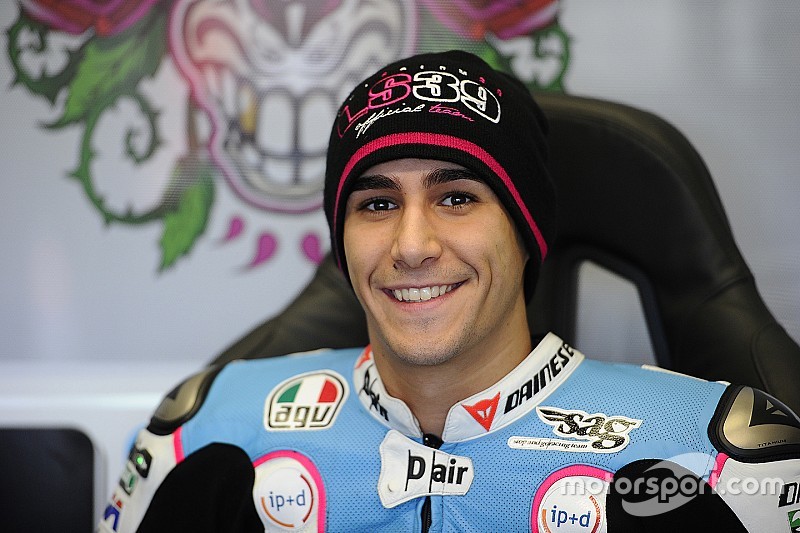 The SAG rider, a winner of nine Grands Prix, fell at Turn 12 halfway through the FP2 session, and received medical attention at the scene of the crash.

The medical helicopter was deployed, but Salom was taken to hospital by ambulance instead. He underwent surgery, but would be pronounced dead at 16:55 local time. He was 24.

It is the first death in Grand Prix motorcycle racing since Marco Simoncelli lost his life at Sepang in 2011, as well as the second in Moto2 history following Shoya Tomizawa's passing at Misano in 2010.

His elder brother David is a former competitor in World Superbikes.

Salom, born in Palma de Mallorca in 1991, took his first steps into Grand Prix racing in 2009 after finishing runner up in the Red Bull Rookies Cup in 2008.

He made a pair of wildcard appearances in the 125cc class at Jerez and Barcelona before securing a full-time seat at the Pons squad midway through the campaign.

Contesting a further two seasons in the class, the Spaniard took his first podium finishes at Assen and Phillip Island in 2011, finishing eighth in that year’s standings.

Salom continued in the lightweight category when it became Moto3 in 2012, and was one of the championship protagonists – taking wins at Indianapolis and Aragon and finishing runner-up to Sandro Cortese.

Salom led the way for much of the season, but his championship unravelled when he crashed in both of the last two races at Motegi and Valencia, allowing Vinales to snatch the crown.

Despite the disappointment of missing out on the Moto3 crown, Salom graduated to Moto2 with Pons as teammate to his title rival Vinales.

His intermediate class career began promisingly with two podiums in the first six races of 2014, but later in the season he was firmly shaded by Vinales, and suffered a similar fate the following year when paired by Rins at Pons.

After a tough sophomore campaign that yielded no top-three finishes, Salom finally made a third visit to the Moto2 rostrum in the opening round of 2016 in Qatar, taking advantage of the jump-start mayhem to finish second.

He was sat 10th in the standings on the strength of that result heading into the Barcelona weekend prior to the crash that took his life.

Luis Salom's team to complete Moto2 season with one rider