Simeon ruled out of Phillip Island after qualifying crash 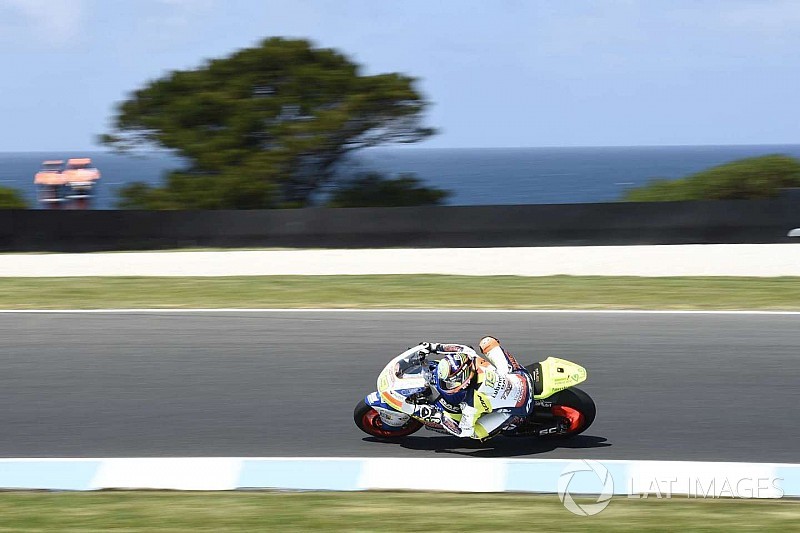 MotoGP-bound Xavier Simeon will not take part in Sunday's Moto2 race at Phillip Island after fracturing his finger in a qualifying crash.

Simeon, who will join the Avintia Ducati team in the premier class next season, crashed at Turn 11 on his first lap of Saturday afternoon's qualifying session.

The Belgian broke the little finger on his right hand in the impact, and will return home for surgery.

In addition to having to skip Phillip Island, Simeon's Tasca team said he could also miss next weekend's Sepang race.

Simeon has already been forced to sit out one Moto2 race this season, as he was unable to take part in August's Silverstone event after a heavy crash at the Red Bull Ring. His place was taken by Alex de Angelis.