Speed Up has dropped 2015 Moto3 champion Danny Kent from its Moto2 line-up, with Edgar Pons taking his place for the remainder of 2018. 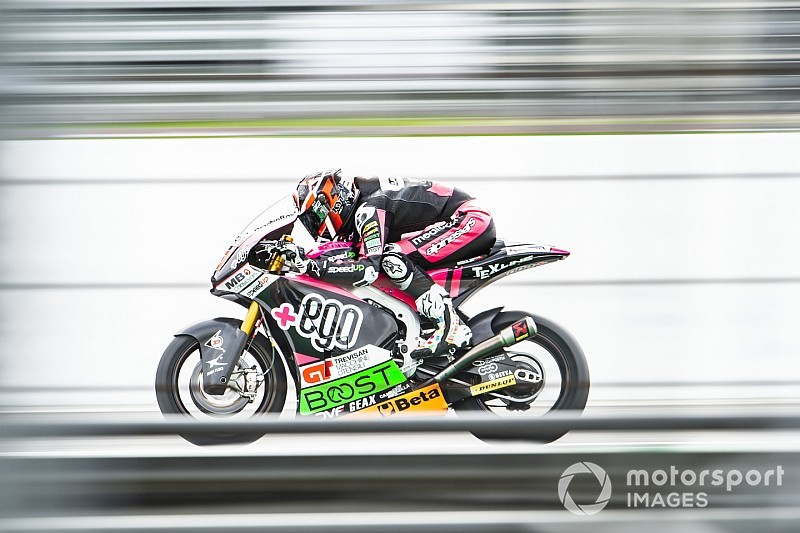 Kent signed a two-year deal with Speed Up starting this season, but the Briton has had a lacklustre campaign and has only scored points in two races, with a best finish of 12th, while he also retired eight times.

In contrast to that, his teammate Fabio Quartararo won in Barcelona, and currently outscores Kent by 92 points.

Kent has struggled to impress in Moto2 following his Moto3 title, as he was only 22nd in 2016 and a deal with Kiefer Racing was terminated two races into his 2017 campaign, which then led to him missing most of the season.

He will be replaced by Pons, who raced in his family-run Moto2 team in the past three years, but could not do better than 14th.

In 2018, Pons competes in the Spanish CEV Moto2 championship, and is currently third in the standings, having won the previous two races.

The termination of Kent's deal means that Speed Up only has one rider, Jorge Navarro, signed for 2019, with Quartararo also leaving to join SIC Yamaha in MotoGP.

Kent returns to Moto2 in Austria in place of Schrotter