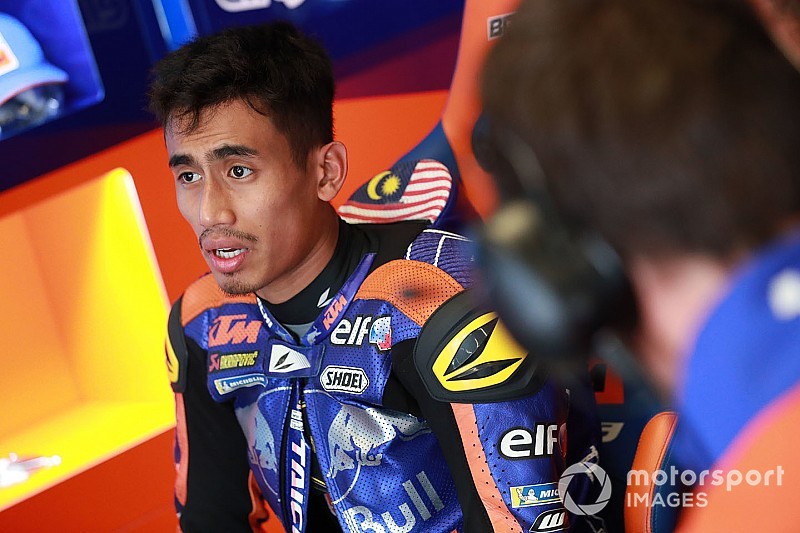 Tech 3 team owner Herve Poncharal says there is a space for current MotoGP rider Hafizh Syahrin in the French outfit's Moto2 line-up for 2020 if he wants it.

Syahrin has endured a tough sophomore campaign on the Tech 3 KTM in MotoGP, and over the summer break it was announced he would be replaced by Brad Binder for the 2020 season.

The Malaysian rider has made it clear his preferred option is to return to Moto2 with no other seats in the premier class available, and said he has "two or three" different options in the intermediate class.

One of these is Tech 3, which could potentially pair Syahrin with Marco Bezzecchi, who is on a two-year contract with the KTM squad.

Poncharal told MotoGP.com: “I spoke with Hafizh quite a few races [before], so it was not a shock for him when he saw the official announcement of Brad joining us [in MotoGP].

“He’s been doing a lot of great things with us. He’s been playing the game, he helped us a lot when Jonas [Folger] disappeared last year.

“It was clear from the beginning that he’ll have the opportunity to stay with us in Moto2 next year. The ball is in his court. I’d like to finalise our line-up for Moto2 by Silverstone.”

Asked by Motorsport.com if he would be interested in staying with Tech 3 in Moto2, Syahrin replied: "I have one or two choices, and Herve is interested in keeping me for Moto2.

"At the moment I cannot decide, but in Moto2 with KTM it’s not too difficult to understand the character of the bike. Also Binder made a step forward before the summer break."

Syahrin also said that rejoining the Petronas Sprinta team, where he raced in Moto2 between 2014-17 (pictured below) before his move to MotoGP, would be an option for him.

"I speak to Herve, also I speak to Razlan [Razali, team boss]. I cannot say 100 percent, I need to wait until maybe Austria, I will know where I go." 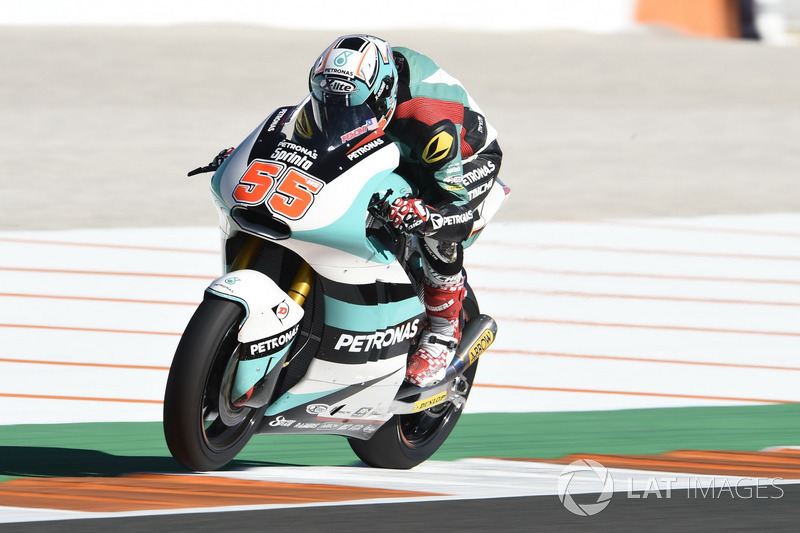