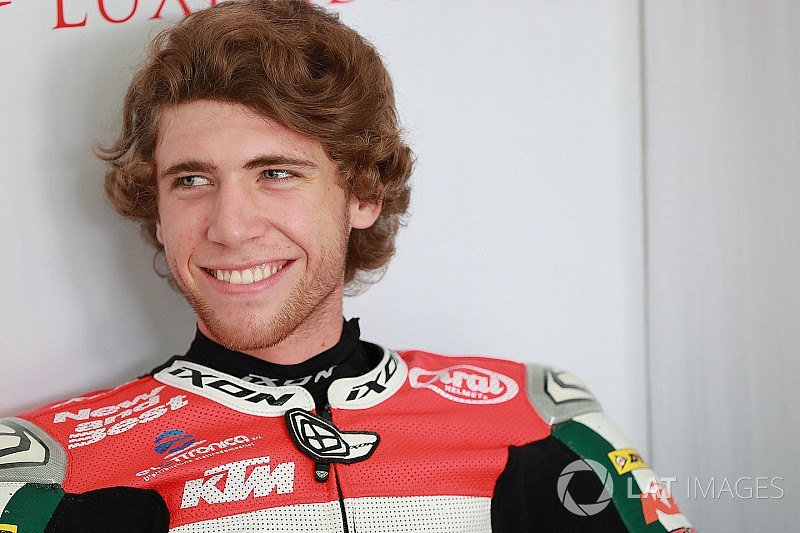 Darryn Binder - young brother of former Moto3 champion Brad - joins the Ajo KTM team for the 2018 season in the lightweight class, it has been announced.

The South African will embark on his fourth season in Moto3 with the team that took his elder brother to the 2016 title, making the switch from the Platinum Bay squad.

Binder, 19, lies 19th in the current standings with a best finish of fourth at Mugello, having been forced to miss four races due to a broken thumb.

He will be the Red Bull-backed Ajo's sole Moto3 rider in 2018 as part of a restructuring that sees the Finnish outfit enter a two-bike team in the CEV Moto3 series for Turkish brothers Can and Deniz Oncu, who step up from the Red Bull Rookies Cup.

"I’m very excited to be part of the Red Bull KTM Ajo Moto3 team, a team that have been World Champion on several occasions," said Binder. "I have a feeling that together we can achieve great results.

"Being on a team like this, the objective has to be to fight for the World Championship. After seeing what my brother Brad has done and is still doing, I am sure that it is possible with this team.

"This is exactly the reason why I have chosen this opportunity for next year, because I have seen this team have been able to achieve it many times."

The Red Bull-backed Ajo team has endured a difficult 2017 season off the back of Brad Binder's title success, with current riders Bo Bendsneyder and Niccolo Antonelli lying 15th and 18th in the points with a round to go.