Arenas admits Mahindra "still behind everybody else" 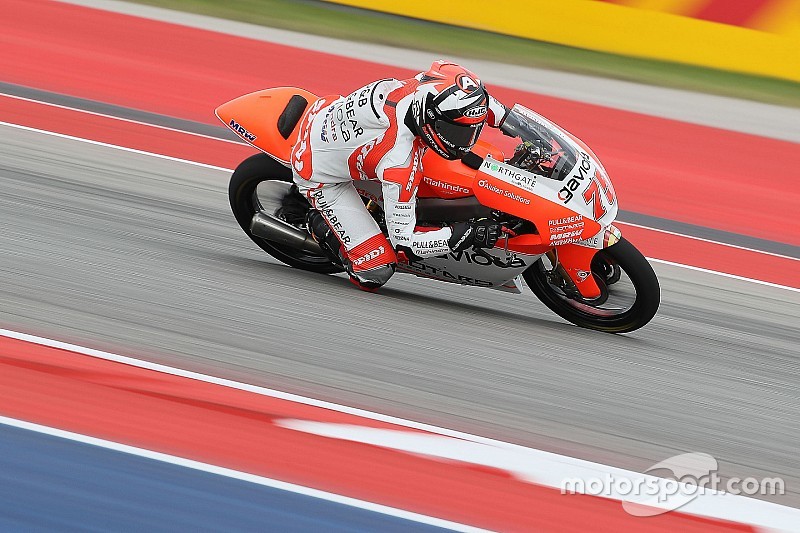 Aspar Mahindra Albert Arenas has admitted that his squad is “still a little behind everybody else”, despite gaining a chunk of time between practice and qualifying.

During the second practice on Friday, Arena trailed down in 31st place with a time that was nearly five seconds slower than pacesetter and Honda rider Aron Canet.

But some overnight work by Mahindra engineers helped to pull in the deficit, with Arenas making a three second improvement to qualify in 22nd place.

Although the jump in lap time was significant, the Spanish rider concedes that Mahindra has still some way to go to catch its rivals at Honda and KTM.

“I am happy because we have taken a few seconds off the lap time from yesterday,” he said. “Today started much better than yesterday.

“The team found some solutions to the issues we had on Friday although we are still a little behind everybody else.

“We still need to improve in some areas but I am happy with the bike and I like the set-up, I would like to get a run of laps in during warm-up because so far we have not been able to.”

Meanwhile, Lorenzo Dalla Porta was less than happy with his performance in qualifying, which leaves him on the 10th row of the grid.

“It has been another tough day for us,” he admitted. “The only good thing is that we have improved the lap time, although obviously not enough because everybody else has done too.

“We also had a problem with the clutch during qualifying.

“It will be a tough race because we are starting from a long way back and we still have a way to go to find the perfect set-up. But I will try to get a good start and have the best possible race.”

After a breakthrough 2016 season where Mahindra and Peugeot riders bagged three victories, 2017 has proved far more difficult with neither of the Indian manufacturer’s riders scoring points in the first two races of the year.