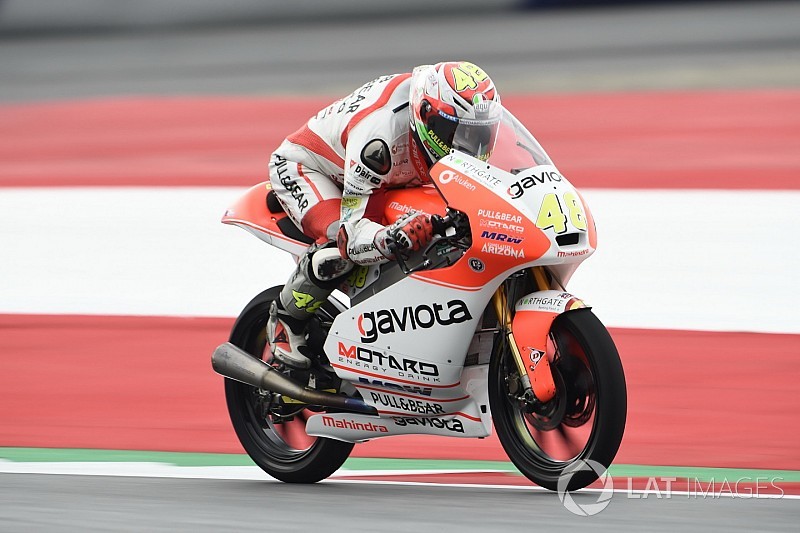 The Aspar Moto3 team has announced it will use KTM machinery in the lightweight class next season.

However, the Indian marque announced earlier this year that it will be withdrawing from Moto3 in order to focus on its Formula E project, leaving Aspar in need of a new partner for 2018.

Now the Spanish outfit has announced it will run KTM bikes next year, having run KTM engines in Kalex chassis from 2012-14 prior to joining forces with Mahindra at the start of 2015.

"The objective of this union is to win races and to be World Champions again," said team boss Jorge 'Aspar' Martinez. "History tells you that our technical staff are prepared for this.

"We are on the brink of a new challenge, a new era that promises great opportunities for the Aspar Team.

"We hope to announce our riders soon but the most important thing is that with KTM, and all of their experience, we can put together a winning project."

Current Aspar duo Lorenzo dalla Porta and Albert Arenas have struggled to be competitive in 2017, with Arenas picking up the squad's best result of the year so far at Brno with a 12th-place finish.

The team has yet to name any riders for 2018, but Sky Racing VR46's Andrea Migno, the only rider to win aboard a KTM this season so far, has been linked to the squad.