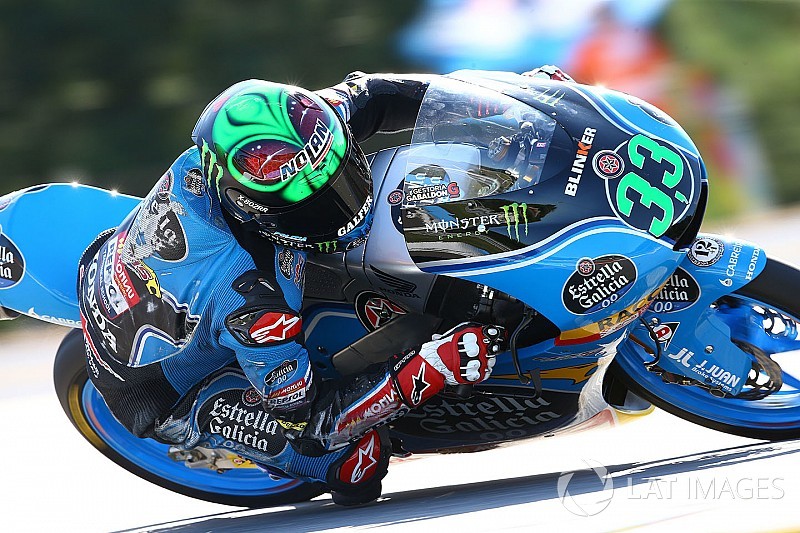 The 19-year-old Italian, runner-up to Brad Binder in 2016, has endured a difficult season with the Estrella Galicia Honda team, lying ninth in the championship after the first half of the season.

His best results have been a pair of fourth places, while teammate Aron Canet has won two races and sits third in the points.

Now it has been confirmed that Bastianini will remain in Moto3 for a fifth season, joining the Leopard squad that runaway points leader Joan Mir currently races for.

"I'm delighted to have reached this deal for the 2018 season with the Leopard Racing Team, who have shown in a few years to be an inspirational team and remain at the top of the Moto3 category," said Bastianini.

"I am also pleased to be able to continue my experience in the World Championship still riding an official Honda.

"Finally, I would like to thank my current team for the confidence they gave me, and I will do my utmost in the final part of the season to reach the pre-set goals."

Mir, meanwhile, has already been confirmed as a Moto2 rider for 2018, joining Marc VDS in place of MotoGP-bound Franco Morbidelli.