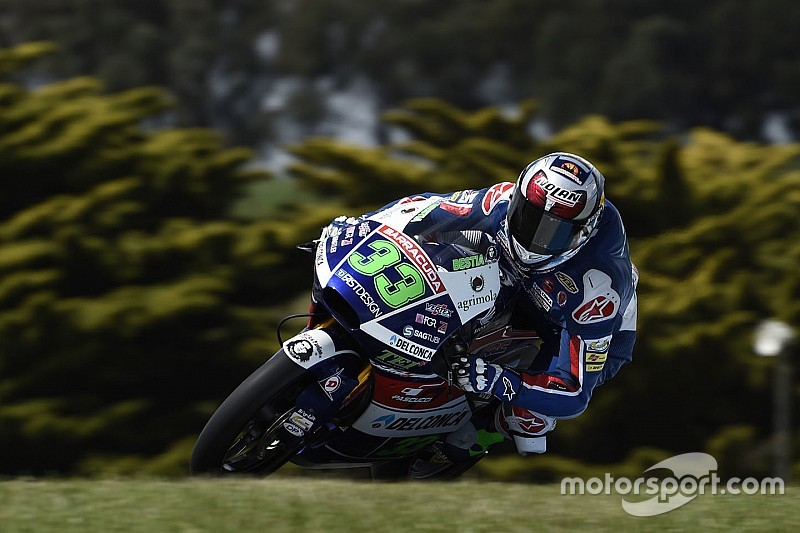 Moto3 rider Enea Bastianini has been forced to sit out this weekend's race at Sepang following injuries sustained in a crash at Phillip Island.

The Gresini rider, who lies second in the Moto3 points behind already-crowned champion Brad Binder, was involved in a major four-way incident along with John McPhee, Andrea Migno and Jorge Navarro that brought the Australian race to a halt.

Having been hit by Navarro's bike in the incident, Bastianini sustained a fractured T9 vertebra and rib.

He will be replaced this weekend by Ayumu Sasaki, the 2016 Red Bull Rookies Cup champion. The 16-year-old Japanese rider will be making his Moto3 debut at Sepang, and will race full time in the category next year after signing a deal to join Adam Norrodin at the SIC Racing team in 2017.

“Unfortunately I won’t race here at Sepang: my physical condition is improving, but it’s better not to take too much risks," said Bastianini.

"Immediately after the accident I felt a lot of pain and I struggled to walk, so I was a bit demoralised, but now the situation is improving day by day, so I’m sure that doing a good rehabilitation program we can get prepared to race in Valencia."