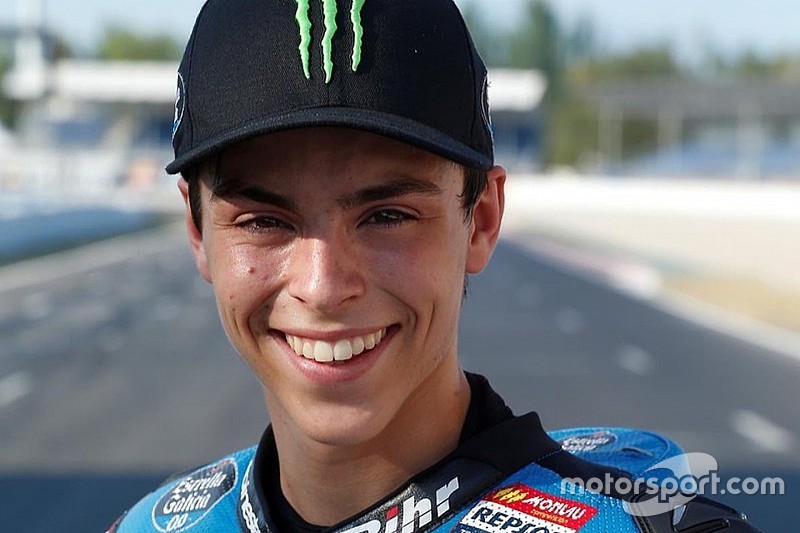 Spanish youngster Alonso Lopez will make his Moto3 debut next year with frontrunning team Estrella Galicia, it has been announced.

Lopez, 15, will step up to the category after two seasons in the Spanish-based FIM CEV Moto3 championship, where he also raced with Estrella Galicia.

He was a champion of the 80cc Valencian and Spanish championships in 2013 and 2014 respectively, before winning the Pre-Moto3 series a year later.

Lopez was fifth as a rookie in CEV Moto3, a series where several big talents such as Alex Marquez, Fabio Quartararo and Joan Mir have starred before.

While he is currently fourth in the standings this year with two races remaining due to retiring five times, Lopez has shown promise by winning three of the five races he finished.

Next year, Lopez will be joined by Aron Canet, the latter spending a third season in Moto3 with Estrella Galicia.

Lopez is the third CEV Moto3 frontrunner to make the step up in 2018, along with Jaume Masia, who made a star cameo at the Red Bull Ring this year, and champion Dennis Foggia, the latest protege of the VR46 Academy.