Having fewer Moto3 bikes in 2017 a boost, says Mahindra 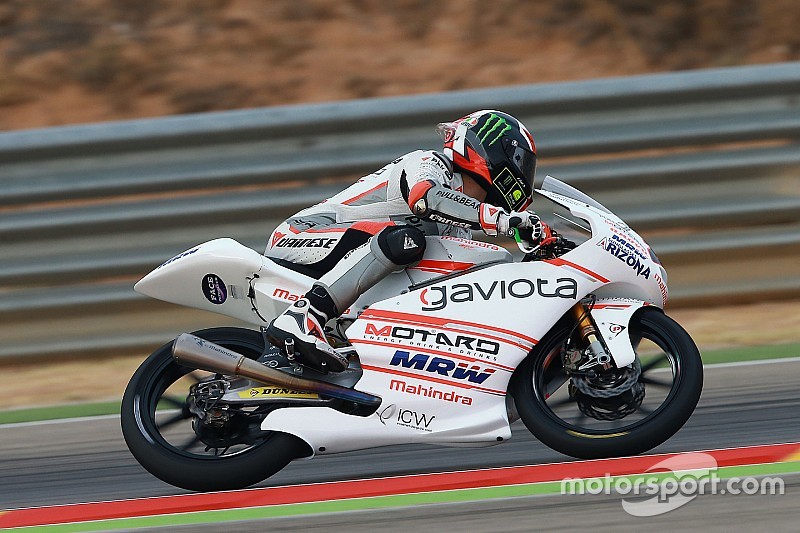 Mahindra Racing's Moto3 CEO Mufaddal Choonia believes the philosophy of supplying a smaller number of bikes in 2017 will help the manufacturer to work more effectively with its customer teams.

The Indian manufacturer currently supplies to five teams on the grid: Aspar, CIP, Platinum Bay, Team Italia and Saxoprint Peugeot, which runs Mahindra bikes under its own brand name.

For 2017, however, Mahindra will only supply to factory partner Aspar, CIP and Peugeot, as Platinum Bay will switch to KTM machinery and Team Italia will leave the championship.

Asked by Motorsport.com on the reason to commit to a smaller number of bikes, Choonia said: "By having fewer bikes on the grid, we are able to focus more on each rider and team, ensuring everyone and everything is working as intended.

"It will also allow our technicians to work in closer proximity to each rider and continue to understand their wants and needs in greater depth.

"It is true that in 2016 some teams struggled, and this is something we do not want to repeat in 2017. The MGP3O has proven again and again to be a front-runner with a number of different riders.

"Now we want it to be there again and again and on a permanent basis with, ideally, all our riders."

Mahindra has scored manufacturers' points in every race bar one so far in 2016, with Aspar riders Francesco Bagnaia and Jorge Martin contributing the marque's best result 14 times out of 16.

"There are many factors that have contributed to the success of Team Mahindra Aspar this year," added Choonia.

"First of all, both Pecco [Bagnaia] and Jorge [Martin] are fantastic riders; they’re very talented. Another factor is the experience of the Aspar team, they have huge experience in MotoGP.

"But as seen for the past few GPs, we have had more and more Mahindra riders move towards the business end of the timesheets and not just the Aspar riders.

"This is big confirmation of the progress we have made with the MGP3O and the potential of our package."

Even though rival marques Honda and KTM will have a larger number of bikes on the 2017 grid, Choonia is confident of doing well with its four points scoring bikes under Mahindra.

"I do not think that less bikes means more pressure," he said. "The pressure for the riders is always the same, they all want to win and we all want them to win.

"Obviously if all six of our riders have a difficult weekend, then it is certainly going to be a bad day. But we hope those are few and far between in 2017."

"I just hope that season comes in faster than expected. Easy to say but very difficult to do. Right now we feel that the best way to do this is with a smaller number of bikes.

"It will allow us to really focus on all six riders and ensure everything is going in the right direction with them.

"We will have to see what happens in the future, right now we feel we are in the perfect position to have a positive 2017.

"Also, the interest in the Mahindra MGP3O amongst all the teams and riders is growing. We had discussions with many teams, but the eventual choice of machine for a team depends on many factors."