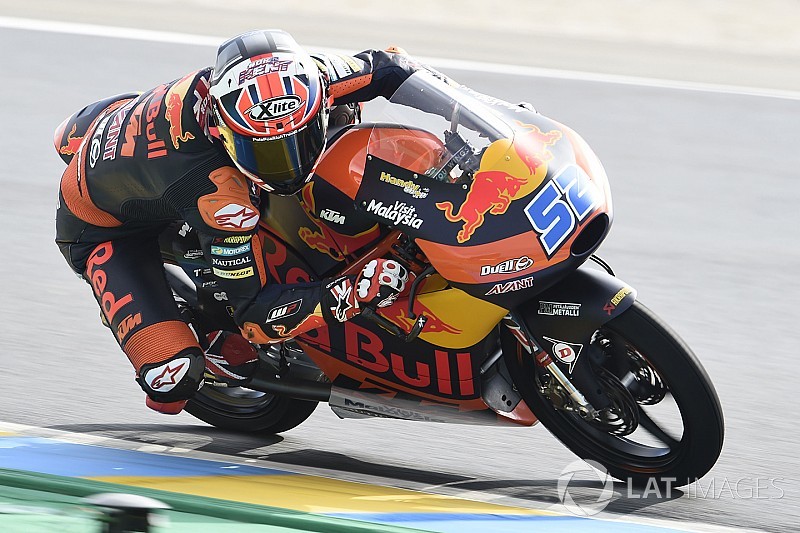 Danny Kent will make his second Moto3 appearance of the season as a replacement for the injured Niccolo Antonelli at the Sachsenring this weekend.

The 2015 Moto3 champion was handed a wildcard outing with the Ajo KTM squad last month at Le Mans, following on from his abrupt split with his Kiefer Racing Moto2 team at Austin, finishing 10th.

Kent subsequently made a one-off return to Moto2 at Mugello, replacing the injured Iker Leucona at Garage Plus Interwetten, before returning to the sidelines at Barcelona and Assen.

But with regular Ajo KTM rider Antonelli out of action with a back injury - which also ruled him out of last weekend's Assen race - Kent has been chosen to take the place of the Italian at the Sachsenring, where he will partner Bo Bendsneyder.

"I can’t wait to compete for the Red Bull KTM Ajo team again, this time at the German Grand Prix," said Kent, who took victory at the Sachsenring in 2015.

"Obviously I will need some time to get used to the characteristics of the Moto3 bike, because at Mugello I returned to Moto2.

"In any case, I'm sure we can get a good result by working hard together with the team."