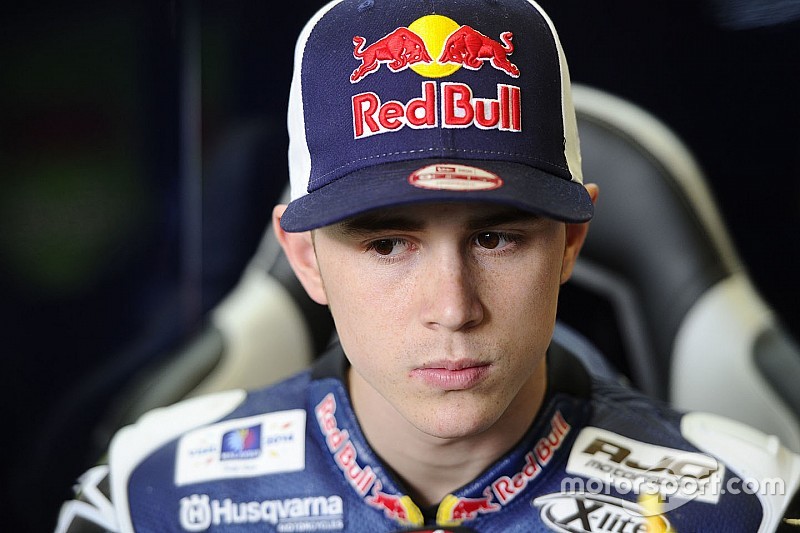 KTM has handed 2015 Moto3 champion Danny Kent a career lifeline in the class, after he parted company with the Kiefer Moto2 squad.

Kent withdrew from the Austin Moto2 race following the Sunday morning warm-up, citing a back complaint, and then announced his split with Kiefer Racing that evening.

While a spell on the sidelines looked the most likely outcome, KTM has called Kent up to test its Moto3 bike at Jerez on Tuesday, and will enter him for the French Grand Prix at Le Mans in a fortnight as a wildcard.

The Briton won his Moto3 title on a Honda but spent two seasons on KTMs in the class, including with the Ajo-run factory squad in 2014.

"After learning of Danny Kent’s situation in the world championship, the team, Red Bull and KTM had the joint idea of asking him to test and develop our bike,” team manager Aki Ajo said.

“Danny is a rider who has already been part of our team in the past; we know well how he works and he knows us, and we believe that with his experience he can give us a very interesting point of view for the technical development of our bike.

“In addition, what every rider needs is to compete, so we have offered him the possibility of a wildcard ride at Le Mans with us.

“I am convinced that the outcome of this collaboration will be very satisfactory for both parties.”