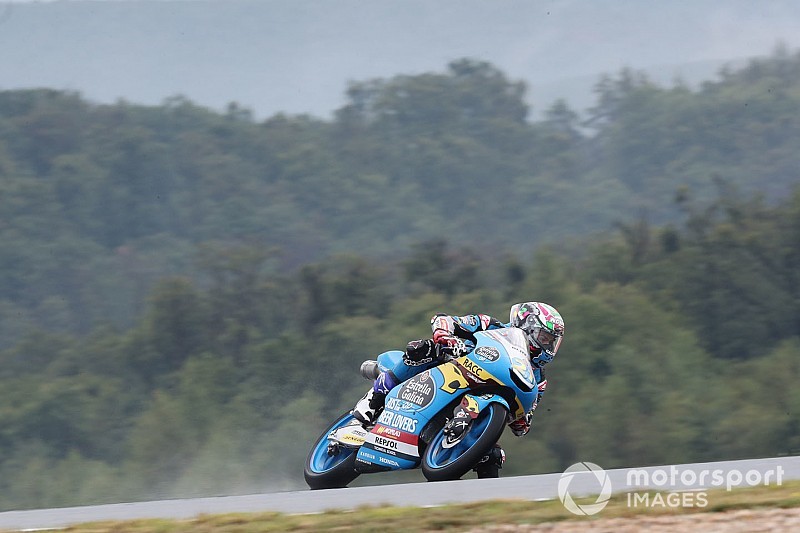 Moto3 rider Alonso Lopez will start the next race at the Red Bull Ring from the pitlane as a penalty for shoving his teammate Sergio Garcia at Brno.

Lopez was fighting for the lead in the early stages of the Brno race but then started to drop to the lower positions of the top 10.

Garcia then tangled with Lopez at Turn 12, causing both EG0,0 Honda riders to retire.

Lopez subsequently shoved his teammate in the gravel in frustration, for which he was given the penalty.

The statement read: "On 4 August 2019 during the Moto3 Race of the MONSTER ENERGY GRAND PRIX CESKÉ REPUBLIKY, you were found to be acting in an aggressive manner with another rider.

"This occurred immediately after a crash at 11:31 entering Turn 12 and on the service road several minutes later."

Lopez, 17, is in his second season in Moto3 and is currently 20th in the standings with a best result of fourth in Barcelona.

Rookie Garcia has entered this year as the runner-up of the Spanish Moto3 championship but is yet to record a top-10 result this season.