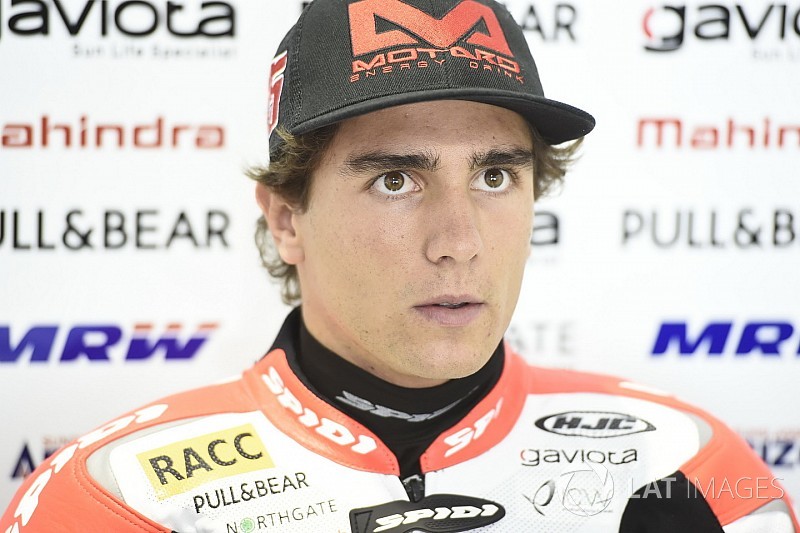 Mahindra Aspar's Albert Arenas will return to racing at this weekend’s Brno Moto3 round in Czech Republic after missing the previous three rounds due to an injury.

Arenas fell off the bike during the final lap at Mugello in June, suffering a Grade 5 left side acromioclavicular dislocation. He underwent a surgery two days later and has since been recovering from the injuries sustained.

The Spaniard will make his competitive return at Brno, where he will be joined by incumbent Lorenzo Dalla Porta.

“I go into the second half of the season looking forward more than ever to get back on the bike and tackle a run of circuits that I already know,” he said.

“After the operation I was in a little bit of pain but as the weeks have gone by I have worked hard and felt better every day. I have come back from the break with my batteries fully charged and after a lot of work with the physios.

“I have been able to get out for a couple of days of supermoto and a day of enduro. I feel good and I am looking forward to getting my feeling back on the bike and being with the team because I have missed them.

“I want to thank Doctor Mir, my physios and my trainer because without them and the work they have done I would not be ready for Brno like I am.”

Arenas currently sits 29th in the riders standings courtesy of the two points he scored at the Spanish Grand Prix in Jerez.

Where are Indians racing this weekend (August 4-6)