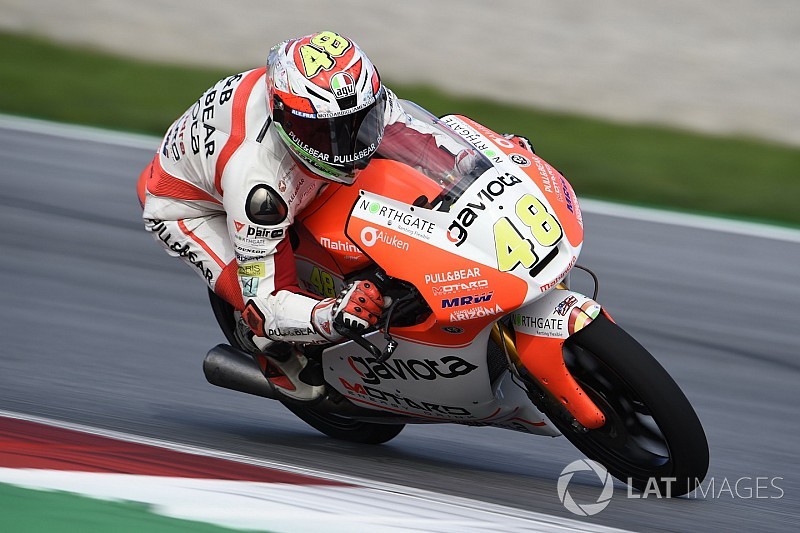 Mahindra Aspar riders enjoyed a competitive outing in qualifying for the Austrian Moto3 round, with both Lorenzo Dalla Porta and Albert Arenas securing a spot on the seventh row of the grid.

Mahindra struggled for one-lap pace last weekend out in Brno, but there were signs of improvements in Spielberg where Dalla Porta and Arenas ended just a second off the pole time in 19th and 20th respectively. The two riders were separated by just 0.004s, an indicator of the close intra-team rivalry between the duo.

Dalla Porta felt he could have gained more time with a tow, but hailed the improvements made on the chassis balance.

"It was a positive day, although we are in difficulty on a track with some corners that force you to stop the bike a lot,” he said.

“In qualifying I struggled to get a tow, which made it difficult. The good thing is that we have found the balance with the chassis. Tomorrow it will be time to grit the teeth as always, but we will try to be positive and give the maximum."

Arenas, who returned from an accident-induced three-race break at Brno, echoed Dalla Porta’s sentiments, saying chassis changed made him more comfortable with the MGP30 bike.

"We have been able to work quite well from the first practice and we have made changes in the chassis which have improved my feeling, but still some details need to be polished,” the Spaniard said.

“In qualifying I pushed to the maximum. We were within half a second, but in the end we finished 0.8 back on a race tee that already quite a few laps on it.

“We are far from the top positions but we will see what we can do tomorrow. The important thing is that we have worked well and we have given everything."