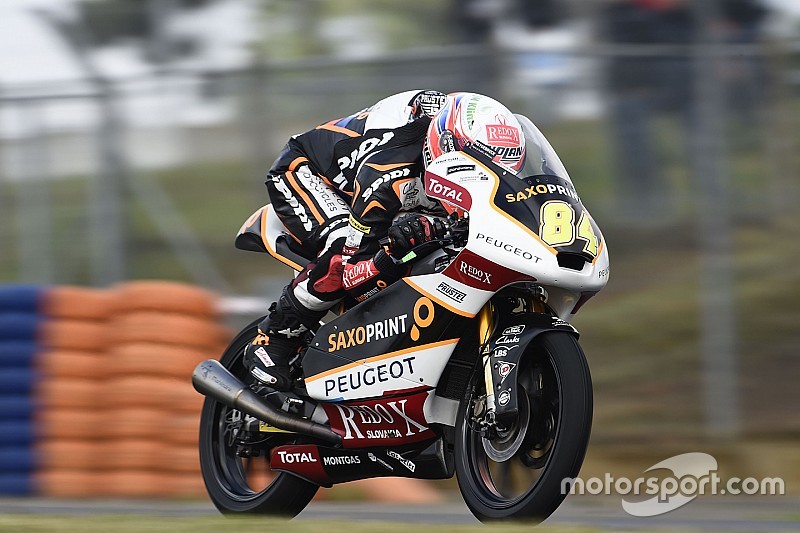 Mahindra Moto3 boss Mufaddal Choonia believes that his outfit’s triple points finish at Le Mans is a perfect illustration of “the growing strength of our package”.

Mahindra has made a difficult start to the 2017 Moto3 season, the Indian manufacturer having to wait until the fourth round to score its first points of the year.

But the work put in at team’s base in Italy is clearly paying dividends, with Mahindra leaving France with eight points added to their tally.

At one stage of the race, there was even a possibility of a top 10 finish, with Albert Arenas running in the leading pack of bikes after qualifying a career best fifth.

However, a crash on Lap 4 meant that the highest finish a Mahindra rider could get was 11th.

“Again, we have made some progress this weekend, and three riders in the points makes it our best race of the year,” Choonia said.“

“It could have been so much better if Albert Arenas had not been one of a number of riders to crash out. Until then, he’d clearly demonstrated the growing strength of our package.

“We’ll keep working, and keep making progress, to get the results we know we can manage.”

“At the restart, I was feeling strong and I had a strategy for the end of the race," he said. "I had to decide if I would try and win the group, but maybe crash, or settle for good points.

“I said it was better to take the points because that was really important for us today. I didn’t want to risk and crash.

“For sure there was more, but we needed the points. If every race is like this, it could be OK. In Mugello, if it’s the same situation then I think I will risk a little more to pass some riders. Five points, quite good.”

Aspar Mahindra’s Lorenzo Dalla Porta and CIP’s Marco Bezzecchi scored their first points of the season, separated by just a tenth of a second in 14th and 15th places respectively.

Dalla Porta was fortunate to avoid Kornfeil’s Peugeot at the first start after getting caught in a multi-bike pile-up.

The Italian later took the restart and made up ground in the final stages of the reduced 16-lapper, after sorting out a clutch problem on his own.

“I am happy with my first points in this championship,” he said. “It was a shame because I lost concentration on the second start and found myself in last place after a couple of corners.

“I gradually fought my way back until the mid-point of the race, when I developed a problem with the clutch.

“Once I realised what the problem was, with three laps to go, I was able to fix it myself and focus on the final few laps. I took two positions on the final lap, one in the final corner.”

Where are Indians racing this weekend (June 2-4)?