Mahindra "were hoping for better result" at Assen 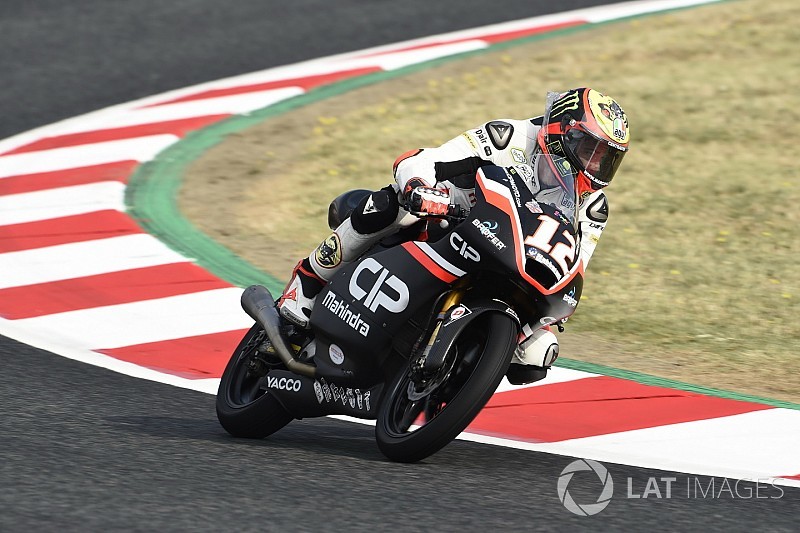 Hopes were high from Mahindra at a venue they scored their first ever victory in the hands of Francesco Bagnaia last year.

While the Indian manufacturer’s performance has nosedived this season, a top 15 finish was still on the cards after Bezzecchi made most of the damp weather conditions to quality on the second row of the grid.

The Italian stayed inside the top 10 for the first five laps, but started gradually falling down the pack. At one position he dropped to 19th, before recovering to cross the chequered flag in 16th place.

“We were hoping for a better result here,” Choonia said. “I was quite optimistic when Marco qualified fifth, so this was not the race we were expecting after we won here last year. It should have been different, but sometimes racing is like that.”

Bezzecchi felt that lack of running in dry conditions cost Mahindra a points finish and is optimistic of a better showing in Germany in a week’s time.

“I had a good start and I was able to stay with the front group at the beginning,” he said. “But after two laps Di Giannantonio crashed and I lost the front group.

"After that some riders passed me and my teammate Pagliani crashed in front of me and I lost the group again.

“I stayed in the third group with Kornfeil and some other riders. In the last lap I was able to pass them but it’s a big shame because I was high on the grid and couldn’t take advantage of it.

“We struggled with the dry conditions a bit due to the limited track time. We will try and do better in Germany next week.”

Jakub Kornfeil was the next highest Mahindra rider in 17th, just a tenth behind Bezzecchi. Kornfeil’s Peugeot teammate Patrik Pulkkinen was last of the classified finishers in 22nd.

Both the factory-supported Aspar riders retired from the race, with Albert Arenas’ replacement Raul Fernandes losing his bike on the very last lap.