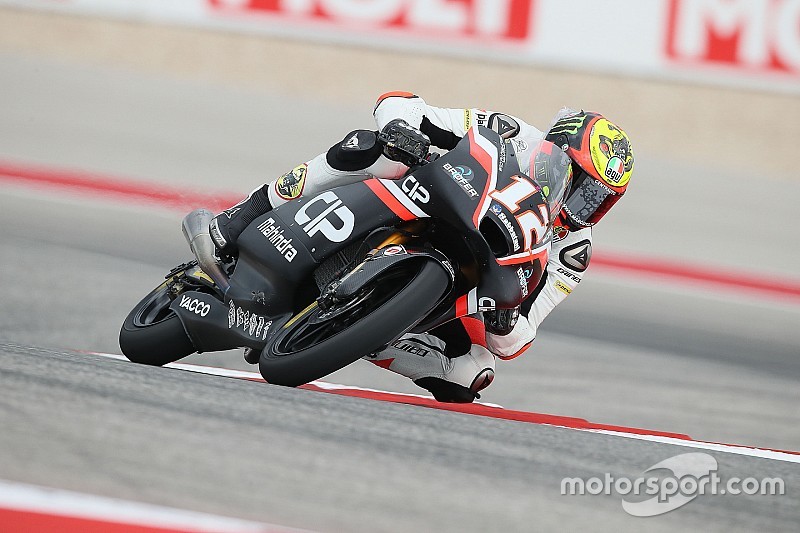 Mahindra Racing CEO Mufaddal Choonia has vowed to fight back after a difficult start to the 2017 Moto3 season.

The latest iteration of Mahindra’s MGP30 has struggled in comparison with KTM and Honda’s Moto3 bikes, with an inexperienced line-up also proving determinantal for the Indian manufacturer.

None of Mahindra’s six riders have scored a point in the first three flyaway races, but Choonia insists that his squad is “working flat out” to return to the sharp end of the field in the European leg of the season.

“Another disappointing weekend where we go away without points, but we can see some good potential in our rider Marco Bezzecchi, who has had two decent outings in the first three GPs,” he said.

“He was 12th when he crashed out in Qatar, and he was close to the points here.

“Now we go back to Europe, to familiar tracks to our riders, and we’ll be working flat out to get back where we belong – fighting for good race finishes.”

CIP’s Bezzecchi finished as the top Mahindra rider in Sunday’s Americas GP in 17th place, but believes a points finish was possible had it not been for an error at the start of the race.

“A good race. I made a mistake at the start which compromised the whole race for me,” he explained. “It was a shame because I had a good pace and I could have been in the first 15.

“A bittersweet feeling but we’ll do better in Europe. The bike and I are working very well together and I feel we can keep getting stronger and be in the points more and more.”

While the former admitted that Mahindra simply lacked pace to finish in the points, the Italian’s weekend was compromised by a spat of issues, resigning him to the back of the pack.