Martin passed fit to return to Moto3 in Austria 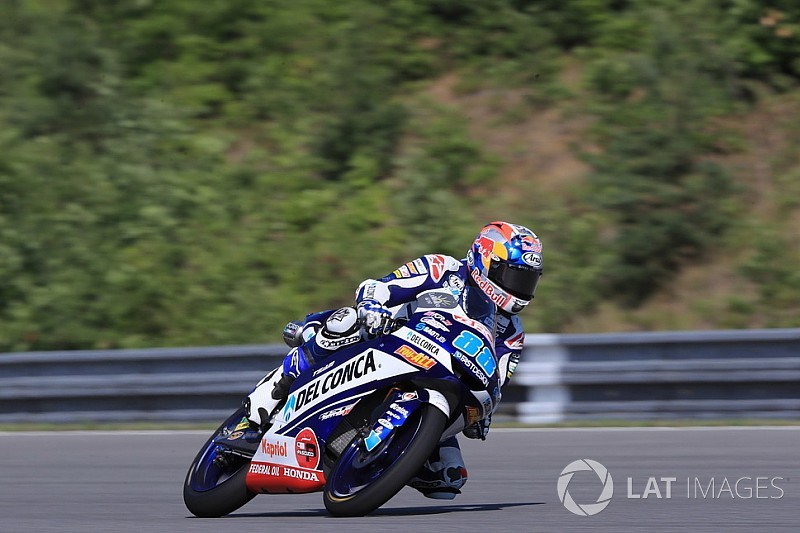 Moto3 title contender Jorge Martin will return to action in Austria this weekend after skipping the Brno round due to a hand injury.

The Spanish rider was forced to withdraw from the Czech Republic race this weekend after fracturing his left radius in a practice crash that required him to undergo surgery in Barcelona on Monday.

However, his Gresini Honda team revealed on Wednesday that Martin would travel to the Red Bull Ring to undergo medical evaulation on Thursday.

The Italian squad announced on social media that Martin has been given the all-clear and he will therefore take part in first practice on Friday morning to assess the condition of his hand.

Martin, who will move up to Moto2 next season with Ajo KTM, lost the lead of the Moto3 points standings as a result of being forced to skip the Brno race.

He trails new leader Marco Bezzecchi (Prustel KTM) by just three points heading to Austria, having won five of the opening 10 races of the year.