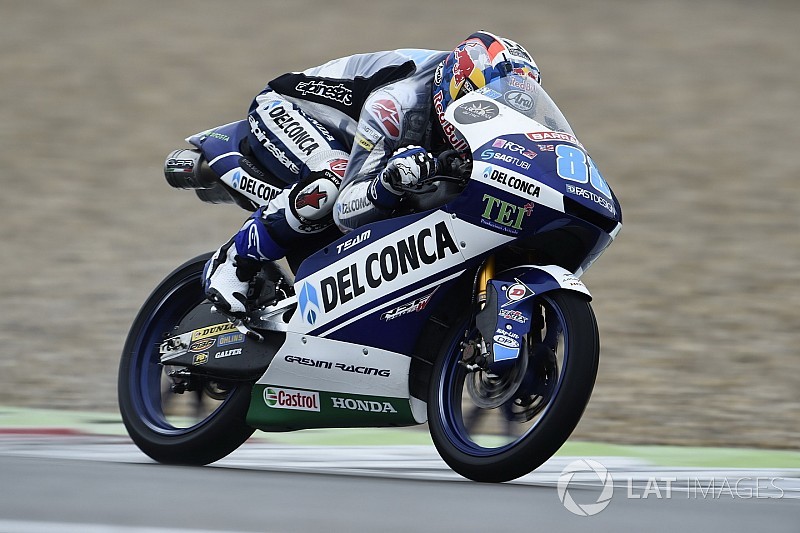 Moto3 frontrunner Jorge Martin will not take part in this weekend's Sachsenring race after suffering a broken ankle in a major high-side crash in Friday's second practice.

Gresini Honda rider Martin, who has been on pole for each of the last five Moto3 races, suffered a violent fall at Turn 2 in the opening stages of FP2 that caused the session to be stopped.

The Spaniard was taken for checks at the medical centre, where he was diagnosed with a fractured right proximal fibula, and has now been taken to hospital in nearby Chemnitz for further examination.

Martin is expected to travel back to Spain on Saturday for surgery, which rules him out of the rest of the Sachsenring weekend.

He will aim to be fit in time for the next round of the series at Brno in five weeks' time.

Martin currently lies fourth in the Moto3 standings on 89 points, 51 behind leader Joan Mir, having taken four podiums so far this year. He is still chasing a maiden grand prix win, despite his streak of poles.