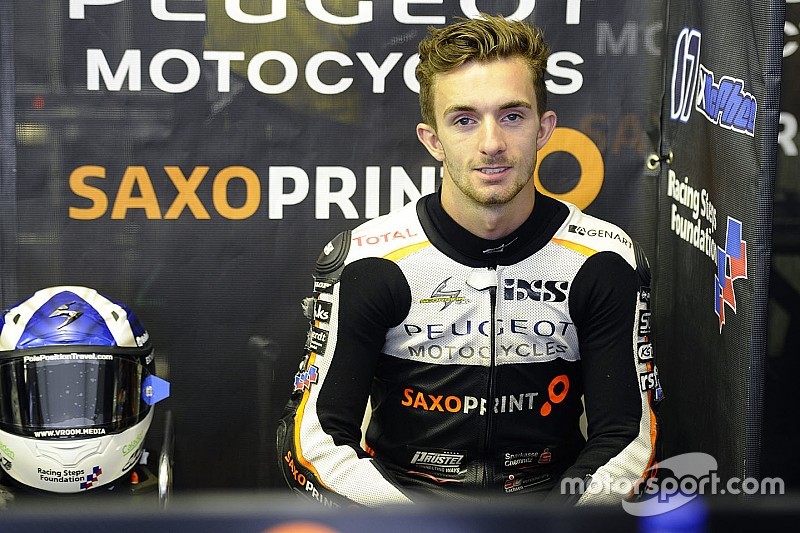 Moto3 rider John McPhee is likely to miss the rest of the season following his huge crash in last weekend's Phillip Island race.

The Scotsman was involved in a major incident on the sixth lap of the race, being thrown from his Saxoprint Peugeot bike at the top of Lukey Heights and then hit by Andrea Migno's Sky Racing VR46 KTM. The race was immediately red-flagged, as the impact had rendered McPhee unconscious.

Initially, it was thought the 22-year-old - who won his first Grand Prix earlier this year at Brno - had escaped the crash with nothing more than a slight concussion and a broken thumb on his left hand.

However, further checks at the St Kilda Alfred Hospital in Melbourne revealed that McPhee had "also sustained an accumulation of air between one of his lungs and the chest wall", according to a statement from his sponsor Racing Steps Foundation.

McPhee himself wrote on social media on Monday: "I'm feeling okay, bit stiff all over but I'll be here in Melbourne for the next week or so as I've got a little damage to my lungs, so need to keep an eye on them before I fly.

"Hoping to have my thumb operated on in the next couple of days then be back to full fitness as soon as possible."

McPhee will definitely miss this weekend's Sepang race, while Racing Steps Foundation indicated he would "almost certainly" have to sit out the Valencia finale on November 13 as well, as his condition prevents him from flying for two to three weeks.

Bastianini in doubt for Sepang

Also caught up in the pile-up was the second-place rider in the current standings, Enea Bastianini, who was struck by Jorge Navarro's bike shortly after McPhee was hit.

The Italian sustained a fractured T9 vertebra and rib in the incident, jeopardising his participation in this weekend's Sepang race.

A Gresini team statement said that an assessment of the Italian's fitness to race in Malaysia "will be made in the coming days".