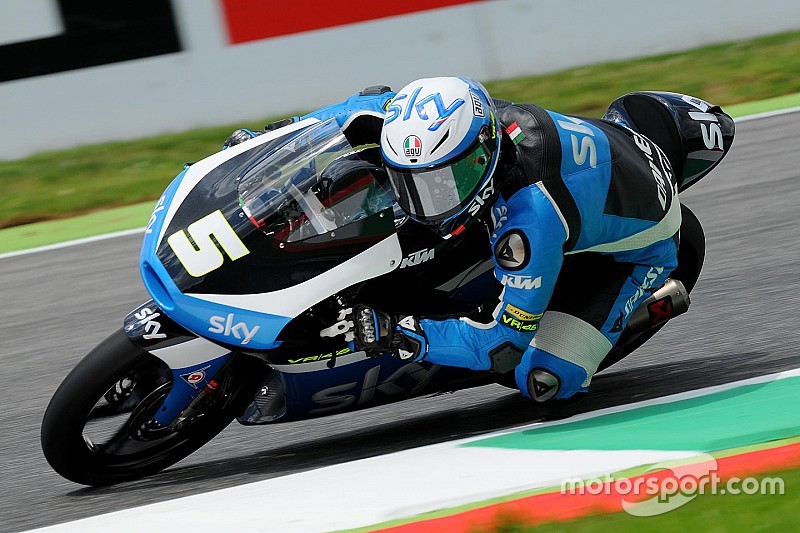 Up ahead, Sky's Fenati, having taken the lead of the timing sheets midway into the session, improved further to keep first place and clinch pole with a time of 1m57.289s.

Championship leader Brad Binder was fourth, just ahead of his title rival Jorge Navarro, who completed the top five - Navarro misjudging his final run and arriving at the chequered flag on a warm-up lap.

Enea Bastianini was sixth ahead of Nicolo Bulega, with Bagnaia slotting in eighth after losing his best lap.

The top 10 was completed by Aron Canet and Joan Mir.

Practice pacesetter Niccolo Antonelli suffered a heavy crash at Turn 15, clipping the kerb and falling off his bike, which went straight into the wall at high speed, its suspension snapping virtually in half.

Bagnaia certain of pace to fight for Mugello win