Francesco Bagnaia hailed the tactical change to use the new fairing on his Mahindra bike after securing a podium finish in the opening round of the 2016 Moto3 season.

The Italian, having started 12th in the race, climbed up to finish third on the podium behind race winner Niccolo Antonelli (Honda) and Brad Binder (KTM).

The VR46 Racing Academy rider was involved in an entertaining seven-way battle for the race lead throughout the 18 laps.

"I had to push my best in every single part of the track on every single lap because it was difficult to stay in the first group," said Bagnaia after the race.

"It was difficult to do the podium in this race because after free practice and qualifying I didn’t feel it was possible to stay in the front.

"But with the slipstream, I saw it was more possible and on the final lap I tried to stay with the group and finally I finished third." 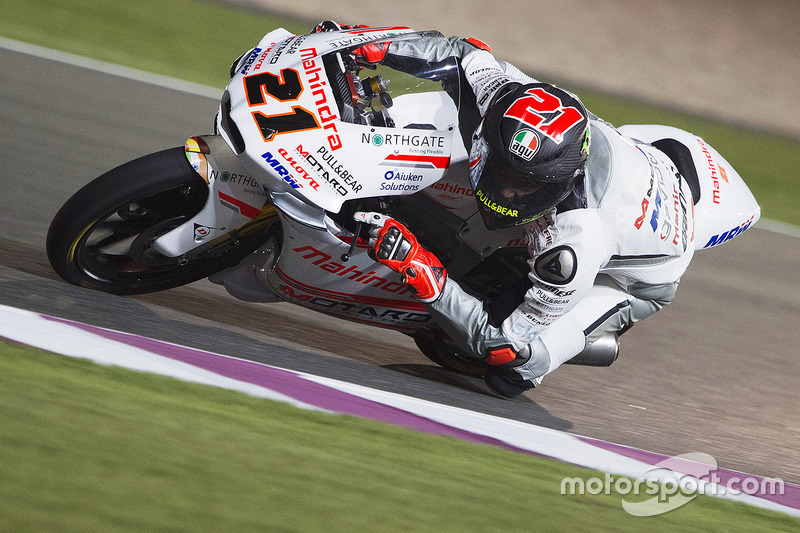 After the test and start to the Losail weekend, a podium for the Indian constructor seemed unlikely but a the decision to use the new fairing proved a masterstroke.

The team tested the new bodywork on Thursday and homologated it prior to the qualifying on Saturday only on Bagnaia's bike.

"The new fairing was good for me because with it I could push and, trying it here, it was more possible to take slipstream and close the line in the first corner," said the Italian.

Aspar Mahindra made some changes to the upper fairing, isolated to Baganaia's bike it appears to have provided a nice uplift in performance.

The shape of the entire surface has been altered which sees the windscreen indented slightly, changing its angle.

Meanwhile toward the handlebar section we see multiple changes that could have helped the rider achieve better balance.

Perhaps with one eye on the winglets being deployed by MotoGP teams, it seems Aspar Mahindra have been keen to exploit a similar idea. 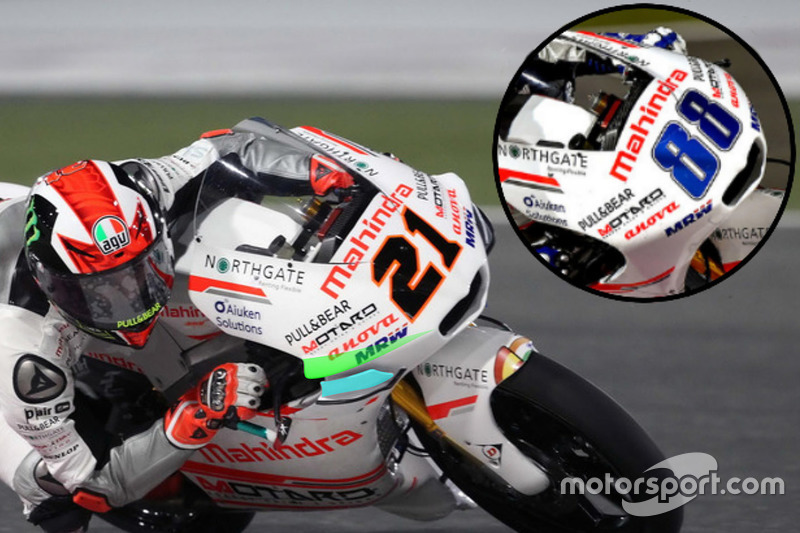 The surface geometry has been amended to intimate a winglet (highlighted in green), but retains some curvature.

The pinching of the surface raises a cavity below, which is flanked by a vertical flow conditioner (highlighted in blue).

These changes will likely have changed the centre of pressure forward, improving the balance of the bike, reducing tyre wear and the overall operating window of the bike.

Providing all customer teams the aim

While Bagnaia had it on his bike for the Qatar weekend, Mahindra is aiming to provide the new fairing to all its customer teams by the next round in Argentina. 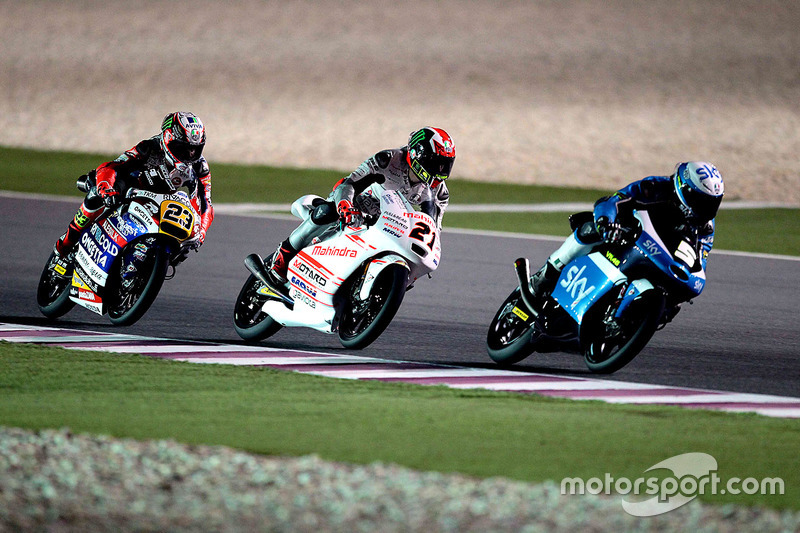 Mahindra Racing's CEO, Mufaddal Choonia, was happy about the decision to bring a second fairing.

"We wanted to try something different to improve the situation and decided to try a new fairing, closer in style to what we used in 2015," he said.

"Our plan had been to continue working on our aerodynamics package during forthcoming tests, but we took the pragmatic approach to introduce this second fairing in Qatar with a view to giving options to all of our riders over the coming weeks in order to see improved performances across the board."

St. Louis: For drag racing it is reaction time