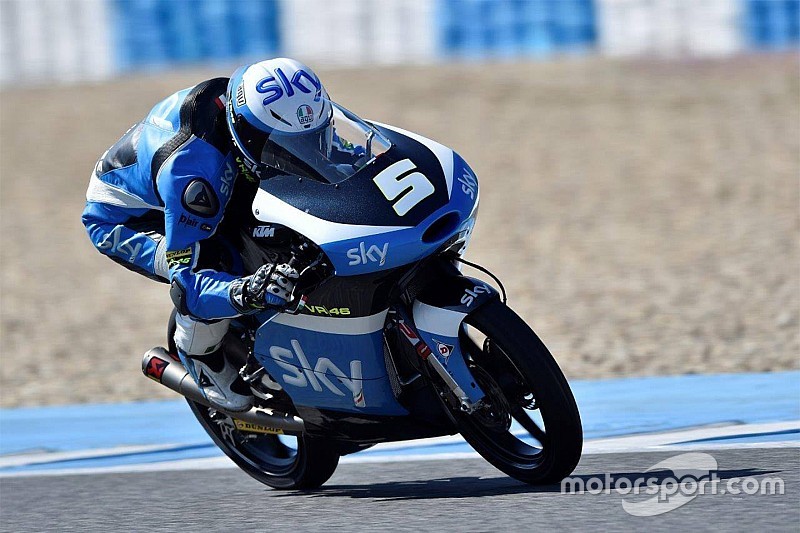 The Sky Racing rider set the quickest time of 1m46.445s in the final session on Thursday, which was enough for the KTM man to stay on top until the end of the test.

Bulega had topped the timesheets on Wednesday, before doing so again on the final day.

At the end of the three-day test, the top 14 riders were within a second of Fenati's time.

Maria Herrera almost didn't make the test owing to funding issues for her Laglisse team, which appeared at Jerez with a sole KTM bike for the Spanish female rider following a last-minute cash injection.

She finished the test with the 20th best time, but her former teammate Lorenzo Dalla Porta has been left in the cold and was absent.