Avintia Racing will field its current MotoGP rider Xavier Simeon and Eric Granado in the first ever MotoE season next year, it has been announced.

Simeon joined Avintia’s MotoGP squad at the start of the year after eight seasons in Moto2 that yielded a single victory at the Sachsenring in 2015.

Granado also has experience of competing in Moto2, most recently in the first 10 races of the 2018 season with Forward Racing, and he's been also racing in the Brazilian Superbike championship.

Both will race in the newly-formed all-electric MotoE championship, the first season of which will start at Jerez in May and conclude at Misano in September after races at Le Mans, Sachsenring and the Red Bull Ring.

“Without a doubt, this will be an important step in my racing career,” Simeon said. “I love the idea of being part of the first world championship with a completely new generation of competition bikes.

“It will be a completely different, but at the same time a very exciting experience.

“I experienced a year in MotoGP, which hasn’t been easy at all, and now I’m very happy to be part of a new adventure in this championship and with my team.”

Granado added: “The MotoE World Cup is something new for everybody. It will be a question mark how the bike will work and how we will have to adapt our riding style to be competitive.

“But I’m sure that with the support from the team we will be competitive from the first race.

“MotoE will be a milestone in road racing motorcycling and I’m pleased to be part of this new adventure.”

Gresini filled one of its entries earlier this month, penning a deal with Matteo Ferrari, who this year finished runner-up to Ducati MotoGP tester Michele Pirro in Italian Superbikes.

Maria Herrera has been linked with a ride with the Aspar team, alongside the already-confirmed Nico Terol, while Bradley Smith and Randy de Puniet are also expected to be on the grid with SIC and LCR respectively. 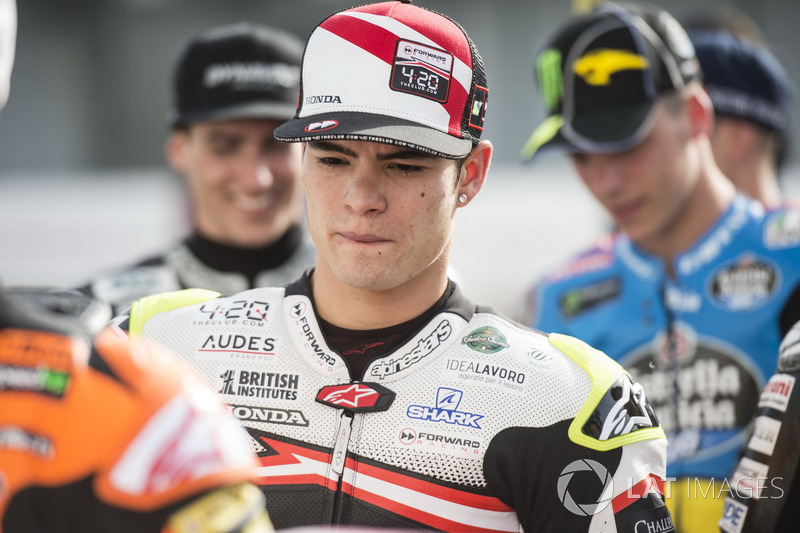