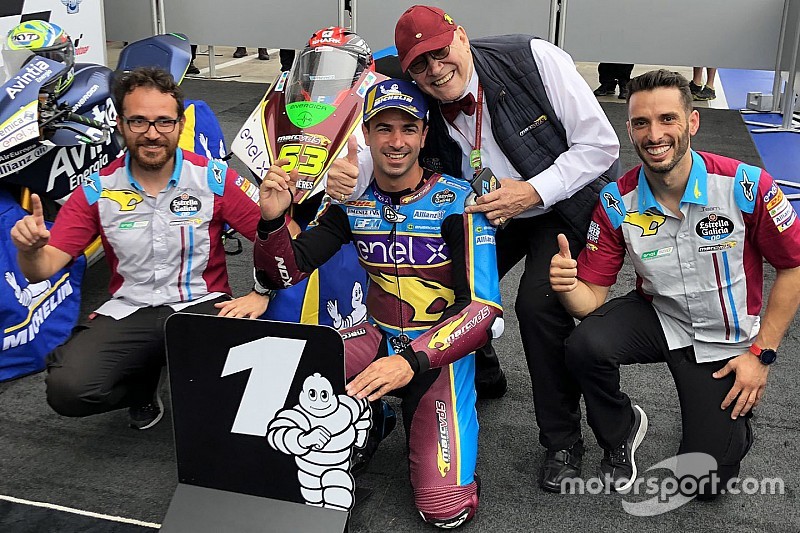 With the race being declared wet, the race distance was shortened by one to five laps.

Di Meglio started from pole and although he fell behind Xavier Simeon at Turn 1, he was back ahead by Turn 3.

Granado had a superb opening lap, going from ninth to second, and then also passed Di Meglio on the exit of Turn 3.

But Granado only led for one lap before he crashed at the same corner, the Avintia rider falling out of contention.

Di Meglio then held a one-second lead but Garzo was able to close the gap by the final lap, only to then overshoot Turn 4 and fall off his bike.

Niki Tuuli, who won the season opener at the Sachsenring, went off at Turn 4 on the opening lap and only finished 15th.

Honda: MotoE of interest if we can do it "properly"