Former MotoGP race winner Sete Gibernau will not remain part of the MotoE grid past 2019, the Spanish rider has confirmed to Motorsport.com.

Gibernau came out of his racing retirement to contest the inaugural campaign of the electric-based series with Pons, and currently sits 10th in the standings after four of six races.

The 46-year-old says he has been "completely 100 percent satisfied" with his MotoE adventure - but when asked whether he would stay in 2020, said: "No, I go back home [to be] with my baby.

"I'm enjoying it. The results, for me, I don't care, I can be first or last, it's another situation for me, I'm just enjoying, and I'm happy to be here."

Gibernau's MotoE foray came after a decade on the sidelines following his MotoGP retirement in 2009, and the Spaniard says he wasn't expecting to be as capable as he is.

"Still I'm not ready [to race like before]. I don't train, I come directly to the race just to have fun.

"I'm surprised that I'm quite competitive - I thought maybe I was not going to be so competitive, but it's good to be competitive and every time I learn a little bit more."

Another ex-MotoGP rider Randy de Puniet could likewise drop off the MotoE grid in 2019, having endured a chastening season with LCR so far.

De Puniet, who was a podium finisher for Honda and Kawasaki in the premier class, sits only 17th in the MotoE standings.

"Before the crash in the beginning of the season [in testing at Valencia] I was confident and fast, after that was less confident, and now for me it's impossible to find a way to ride this bike," de Puniet told Motorsport.com.

"I have no corner speed and you need to ride this bike like Moto2, Moto3. And I can't - I try but I don't know how, because I have no feeling to ride like this.

"I keep like the MotoGP riding style where I brake late and I have no corner speed and pick up the bike, but with this bike it's not the way to ride.

"One race [round] left, I hope to enjoy because for the moment I'm not enjoying to ride this bike." 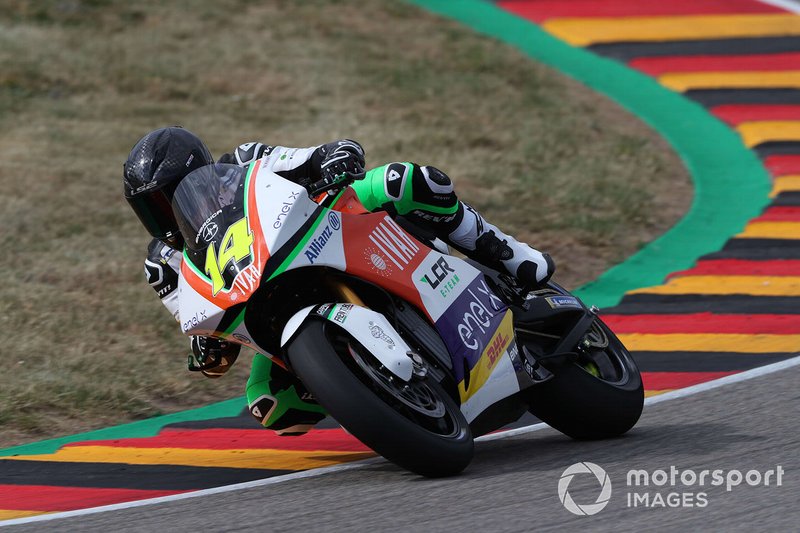 De Puniet said him staying on the grid will "for sure" depend on whether he can wrap his head around the Energica Ego Corse bike.

"I really want to find a way to ride this bike in Valencia, because to stay in this situation is no point for me and for the team.

"So once the calendar comes out and we’re able to sit my Aprilia contract and commitments, and the One Energy [MotoE team] commitments, then we can commit to this. I’m keen to do it, so let’s see if it happens," Smith told Motorsport.com.

The Briton would be unavailable, however, should he be drafted in by KTM as a MotoGP replacement for Johann Zarco.