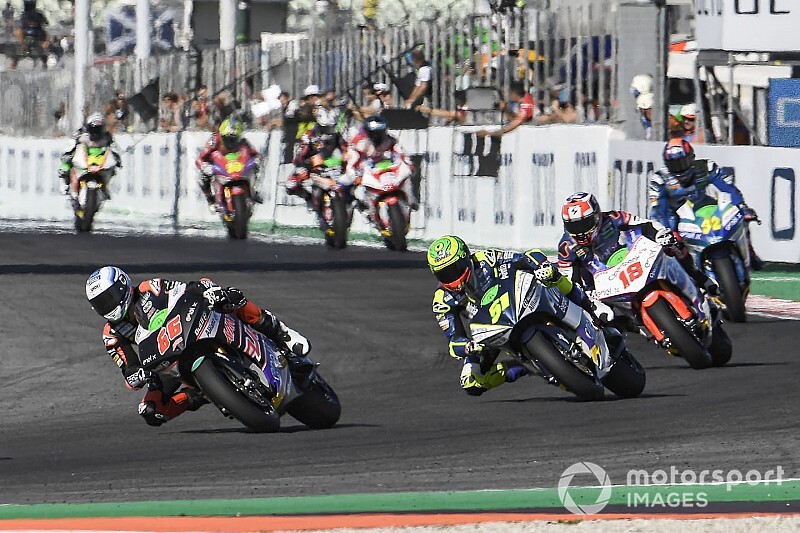 A five-round provisional calendar for the second-ever season of the FIM MotoE World Cup has been issued.

The all-electric category will continue to share the bill with the MotoGP paddock's three regular championships for a second season in 2020.

As was initially planned this year before the devastating paddock fire that destroyed much of the budding series' equipment, Jerez will host the opening round on May 3.

The second and third rounds will be held at Le Mans and Assen respectively, before the series moves on to the Red Bull Ring, where its second round took place this year.

Misano rounds off the calendar on September 12-13, and like this year will be a double-header event.

UPDATE: On December 12, an updated calendar was issued with Valencia replacing Le Mans.

The Valencia round will be a double-header, bringing the total number of races up to seven for the electric championship's sophomore season.

Assen takes over from Le Mans as the second round, with further visits planned for the Red Bull Ring and Misano prior to the season finale on November 14-15.