Abraham reveals this year's Czech GP "may be the last"

Czech MotoGP rider Karel Abraham fears that his home grand prix at Brno this year will be the last, as he claims the government in not providing enough financial support to keep the event viable.

Brno has been a regular venue on the world championship grand prix calendar since 1965, missing from the schedule only on five occasions - between 1983 and 1986, and in 1992.

The track's current contract with MotoGP ends in 2020 and its chances for a new contract were hindered when the Czech government decided to cut financial support from 65 to 39 million Czech crowns.

But Abraham, whose father owns the circuit, has now revealed that the race could be taken off the world championship schedule early.

"It’s true, it may be the last GP," said Abraham. "There are several things that make it very complicated to keep the GP in Brno.

"The most important one is the co-operation with the government. Almost all the states [on the calendar] do co-operate somehow, but our government seems to have some issues. That’s basically the main problem.

"They do not support as much as we need. They come, they give us two-thirds basically, but we need more for it. For the future the financial support is unknown.

"It’s very sad, but it’s also not fair. If you look at it, all the small companies and hotels and businesses earn a lot of money. The government itself on the taxis and everything earns a lot of money.

Abraham said that the circuit has been trying to get back on the WSBK calendar after it was replaced by Jerez this year.

"It is very difficult. We are really wanting and pushing to get Superbikes back, but to have the Superbikes you have to pay some fees, and then pay to get the event running.

"Then for a reason unknown to me, people don’t come. How do you get the money back? This is a big problem.

"We had a big problem with some other races too, that the fees were very high but not many people came and spent their money.

"It’s still a business, and you can spend money on fees, resurfacing, but you have to get something in return, and this was very often not coming.

"I think the circuit would be very happy to have MotoGP, Superbike, DTM, it would be amazing. But it’s impossible." 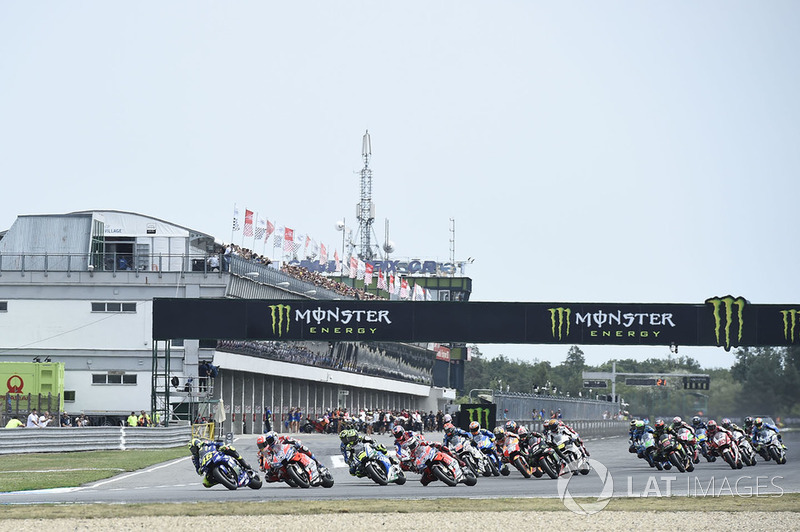 MotoGP's other breakout star of 2019

Avintia had to drop Abraham for MotoGP future security