Espargaro out of German GP after crash 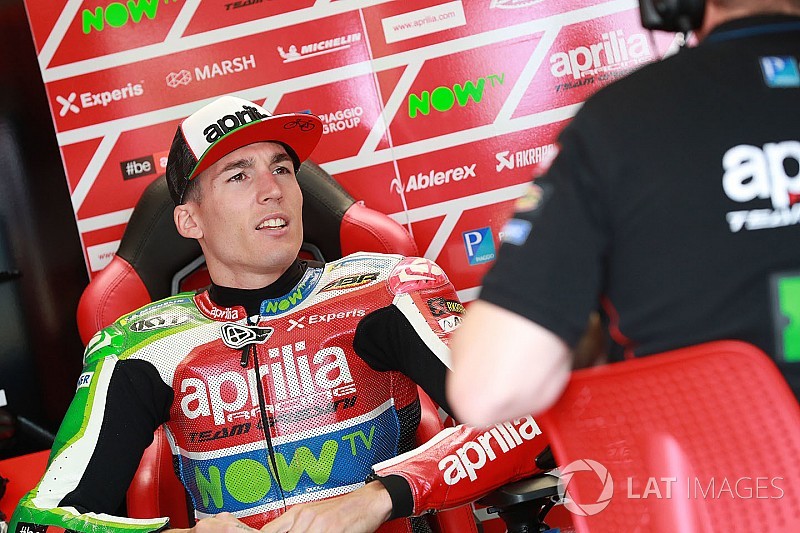 Aprilia rider Aleix Espargaro will not take part in MotoGP's German Grand Prix after suffering a major crash during the morning warm-up session.

Espargaro was taken to the medical centre and subsequently to hospital in nearby Chemnitz after he hit the air-fence at Sachsenring's Turn 4 left-hander.

He was reported to have suffered a blow to his ribs and be having difficulty breathing.

MotoGP has announced Espargaro has been "declared unfit" for the race by medical staff "due to thoracic trauma".

Espargaro becomes the third rider to have pulled out of the German GP, following Marc VDS Honda's Franco Morbidelli and KTM wildcard Mika Kallio, reducing the size of the field for 23 bikes.

The Spaniard was due to start 19th on the grid after picking up a six-place grid penalty for baulking Marc Marquez in Saturday morning's third practice.

Live: Follow the Sachsenring MotoGP race as it happens