Alex Marquez "agrees" with the critics of his form on the Honda in his rookie MotoGP season, admitting he is "not as fast I want" to be, especially in qualifying. 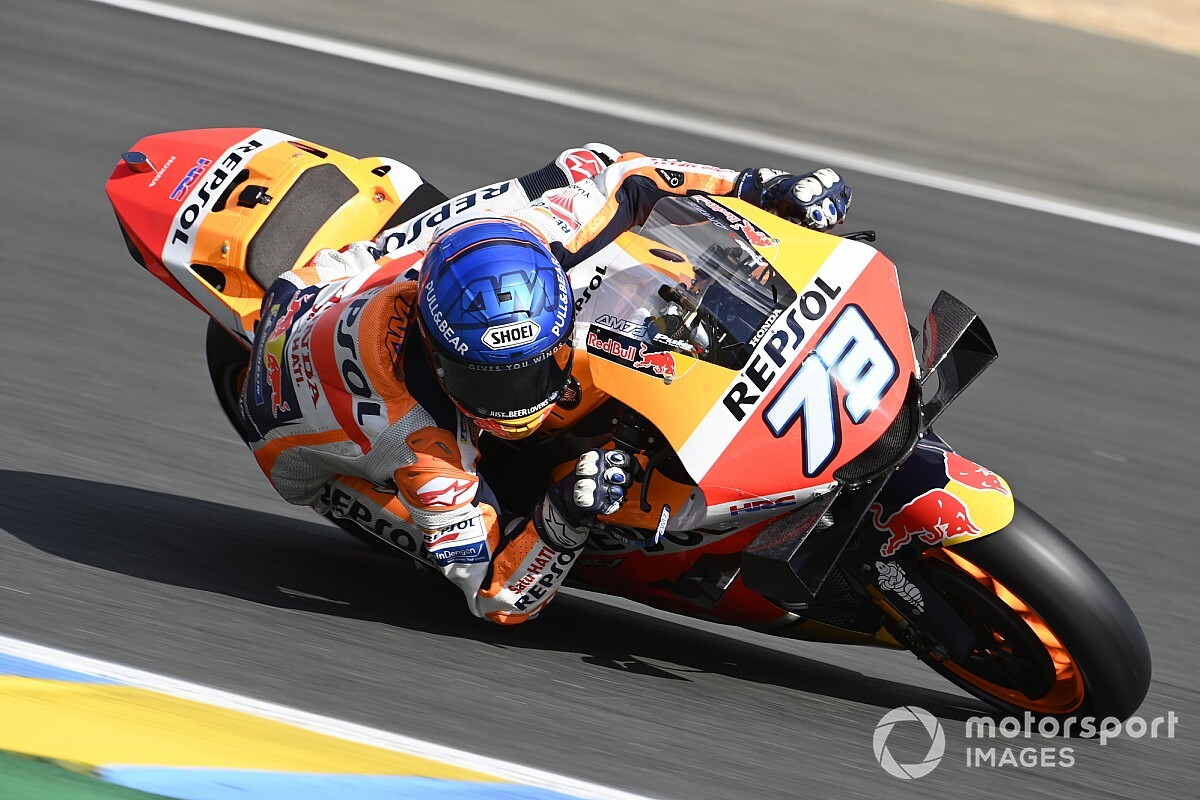 The younger Marquez brother was selected by Honda to replace the retiring Jorge Lorenzo for the 2020 season, though this move was questioned owing to the pressure typically exerted on a factory HRC rider.

Marquez has struggled to adapt to the tricky RC213V in qualifying, having failed to start higher than 17th from the first nine races, but has scored points on seven occasions - including a breakthrough maiden podium in last weekend's wet French Grand Prix.

When asked to comment on the critics of his move to the factory Honda squad, Marquez says he has "peace in my mind" over HRC's decision as he is a world champion in Moto3 and Moto2.

As a result, he does not care about those comments, but agrees with those who have criticised his form on the RC213V this season.

"In the end, I know why I'm here and why I'm wearing these colours," Marquez said.

"In the end, I'm a two-time world champion and I know why they promoted me to the Repsol Honda team.

"It was a strange situation because Lorenzo says that he is retiring in the last race [of 2019] and was difficult for the team to take a decision.

"They trusted me and for that reason I have peace in my mind that I know why I'm here.

"The criticism sometimes is good because you take more motivation and it gives you some fuel to keep going and keep the motivation to always believe in yourself.

"I agree with the critics who criticise me a lot this year because the performance is not what we expected, in qualifying especially I'm not as fast as I want.

"But about the move, I don't care about the critics. I know why I'm here and that's it."

Marquez's podium at Le Mans marked Honda's first of the season and moved him to 14th in the standings on 47 points - just 15 from top rookie Brad Binder on the KTM.

Alex's brother Marc Marquez will once again be absent from this weekend's Aragon GP despite rumours of a comeback from injury.

Honda test rider Stefan Bradl, who was eighth at Le Mans, will continue to deputise for him.