Alex Marquez beats himself up over “rookie mistake”

Honda’s Alex Marquez says his crash in MotoGP Spanish Grand Prix FP2 was a “rookie” error and was caused by him being “too optimistic” after a strong morning session.

The younger Marquez brother slid off his factory Honda in the afternoon session at the first corner, marking his second tumble at Jerez in two days after falling off at Turn 6 during Wednesday’s test session.

Though ending up 16th in FP1, Marquez did run inside the top 10 in the closing stages courtesy of a tow from his team-mate and brother Marc. The rise in track temperature from FP1 to the afternoon changed grip conditions considerably, and this caught Alex out.

“The crash, I was too optimistic,” Marquez explained. “Coming from the morning with a really good rhythm on track, I make the mistake of the rookie.

“The grip changed quite a lot from the morning to the afternoon, then I was wide a little bit on the entry. But I was on a good lap, so I tried to come over to the good line. I was a little bit with too much lean angle on a dirty surface and the front closed.

“Then all the plan in the afternoon went a little bit out of control.” 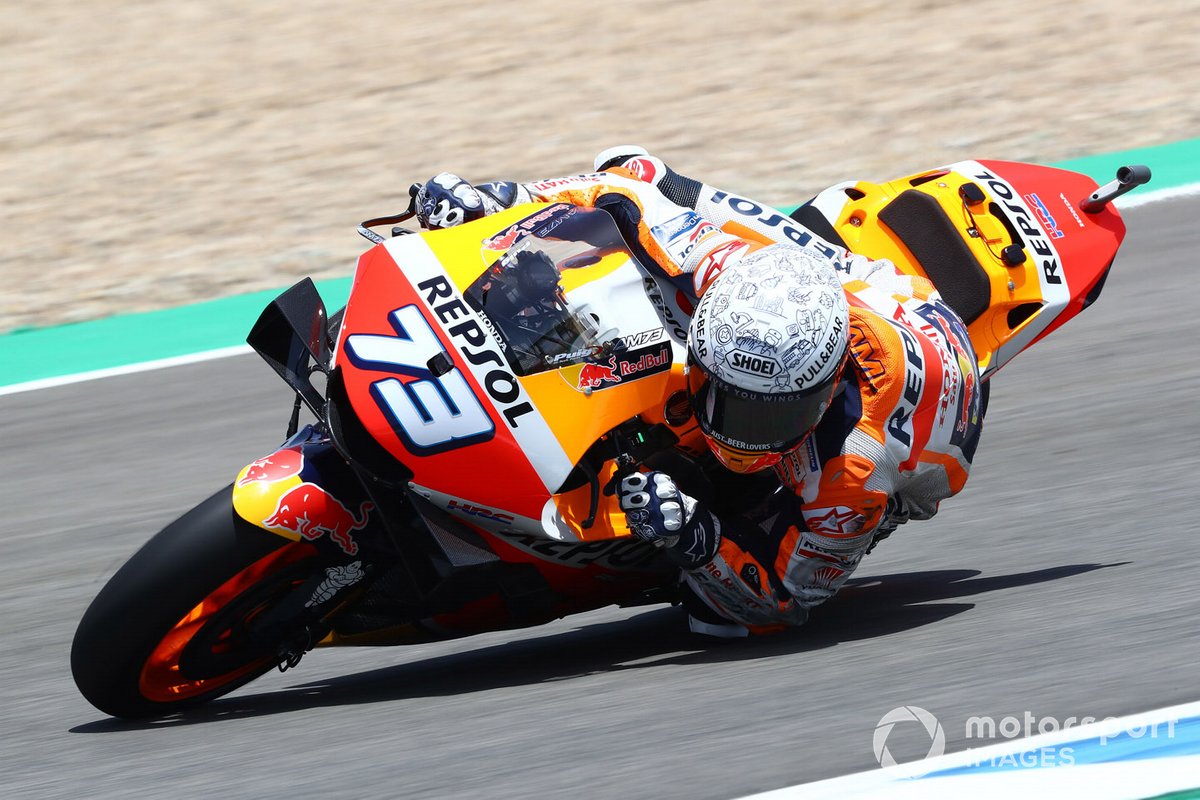 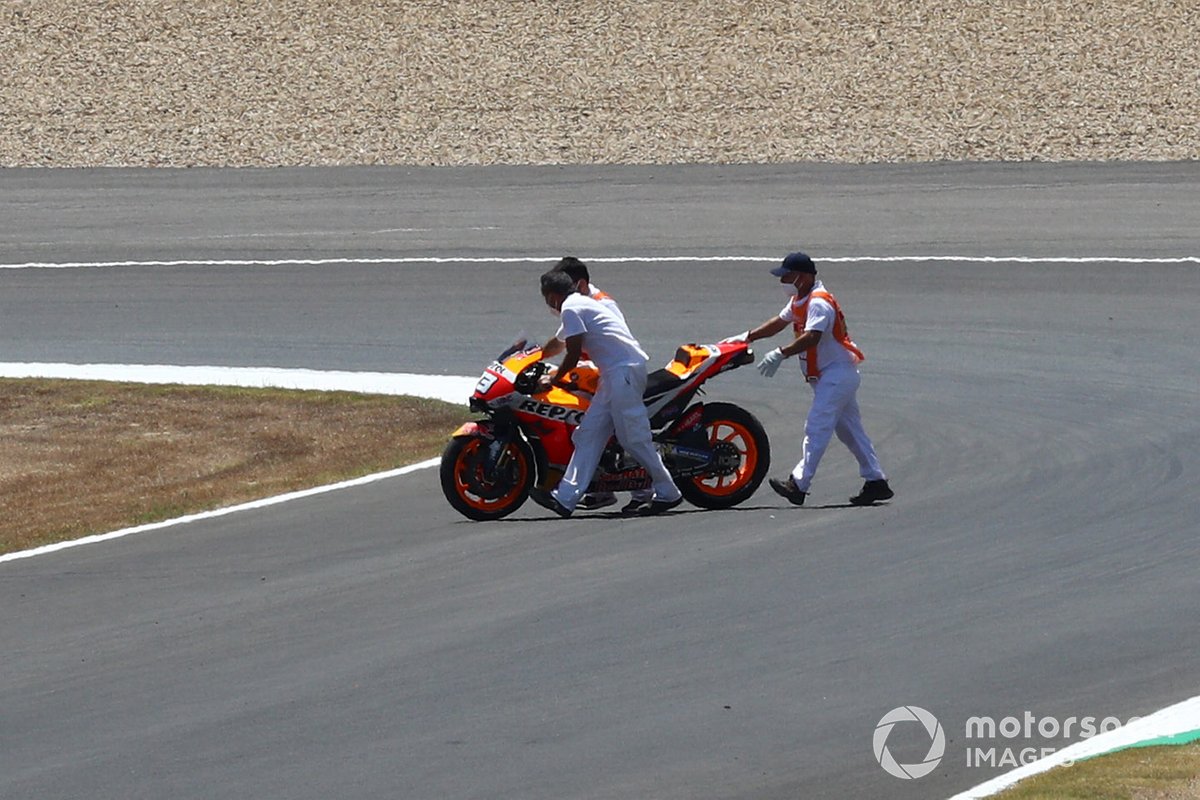 Just 10 minutes after that, Marc Marquez had a similar low-speed front-end crash at Turn 2. LCR’s Cal Crutchlow admits he almost had a similar crash to Marc Marquez’s, and put this down to the front end of the Honda being “very critical” despite corner entry being the RC213V’s strongest point.

“I nearly had one on the last lap,” Crutchlow said when asked by Motorsport.com if the front end was critical at Jerez. “That's why I pulled out the lap. Exactly the same as Marc, I lost the front in Turn 2.

“But you know Marc would continue to lean the bike over and try and save it, when I just let go of the brake and prayed that I stayed on the thing and I did. But it's very critical, this is the Honda. The front of the bike is really, really critical to manage.

“Going from what we already know from previous years, it's Honda's strong point to tip into the corner, the way that we do tip into the corner. But it's also a weak point as well because we have to keep pushing, that's our only way to gain any time, the whole lap.

“We gain everything in the braking and with the rider manually riding the bike. So, you know, we keep going past that limit obviously.”

Will past demons come back to haunt Yamaha at Jerez?