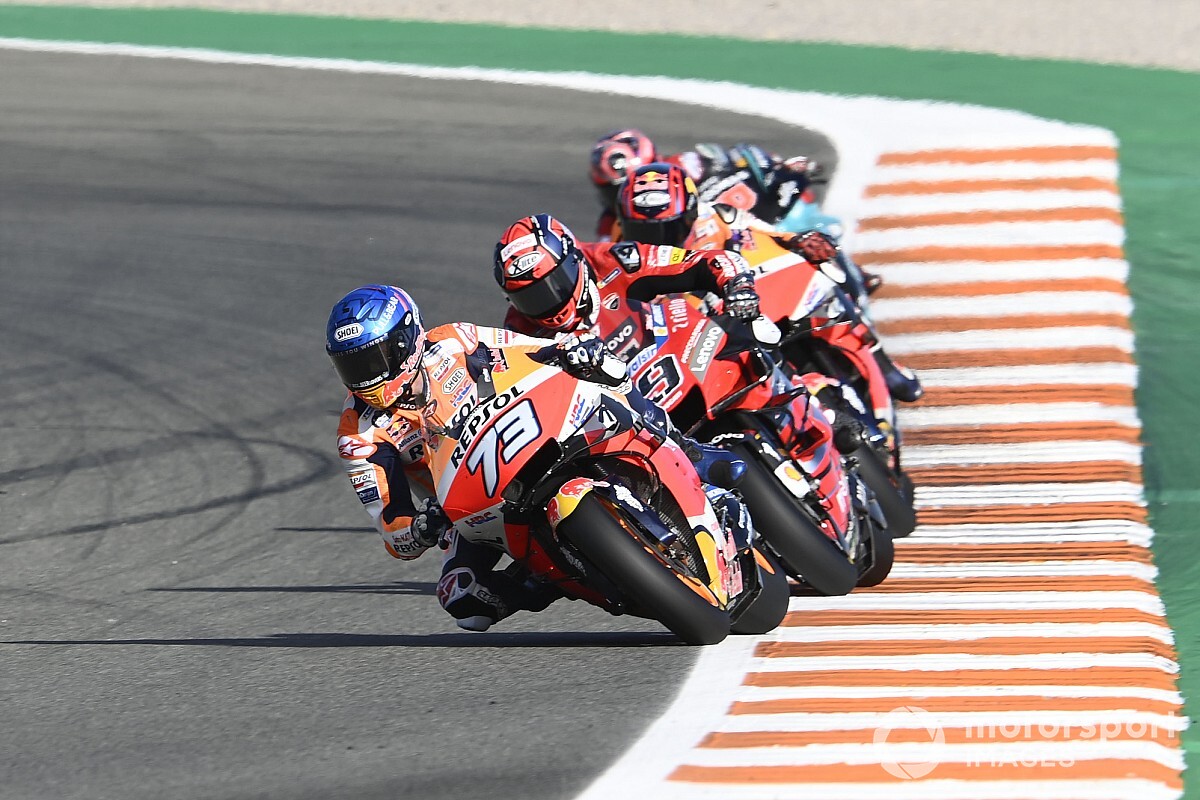 Honda’s Alex Marquez admits the left wrist he injured in a violent qualifying crash was “sleeping” during the MotoGP Valencia Grand Prix and it was “difficult to finish the race”.

Marquez was thrown from his RC213V during the opening stages of Q1 on Saturday at Turn 11 and struck the ground with an impact of 23.6g on his back.

He was taken to hospital for checks, which revealed a bone marrow edema in his left wrist, though he still took part in the race.

However, after the opening eight or nine laps his wrist was “sleeping” and he could only take the chequered flag in 16th.

Despite this, he admits simply getting to the finish was what he needed to rebuild his confidence after suffering three crashes across the Valencia round.

“Was difficult from the warm-up, from yesterday after the crash,” Marquez said.

“So, the main important thing was to finish the race to build up again a little bit the confidence because after three crashes in a weekend it’s not easy.

“So, maybe the hard tyre in the situation that we had before the race was not the best choice, the medium I think we had more feeling or more feedback from the front tyre.

“But apart from that, my left hand was sleeping from lap eight or nine, so it was difficult to finish the race.

“We didn’t score any points, but I think it was the main thing to get the bike back 100% to the box and to get the rhythm again to arrive to Portimao better.”

Marquez added that his problems were exacerbated by the Ricardo Tormo Circuit's relentless nature, meaning he had no opportunity to rest his damaged wrist across the 27 laps.

“The wrist was the main one,” he said when asked if it was his wrist or his back which caused him the most problems.

“Also, Valencia is a track that’s physically demanding and there’s no straights to recover a little bit.

“So, everything was not perfect but especially the wrist, the left hand was sleeping from lap eight.”

Chadwick to race in Extreme E with Veloce Racing