Aprilia's Aleix Espargaro says the Algarve circuit is "safe enough" for MotoGP to race there, but admits it's "borderline" and highlights the last corner as the main area of concern. 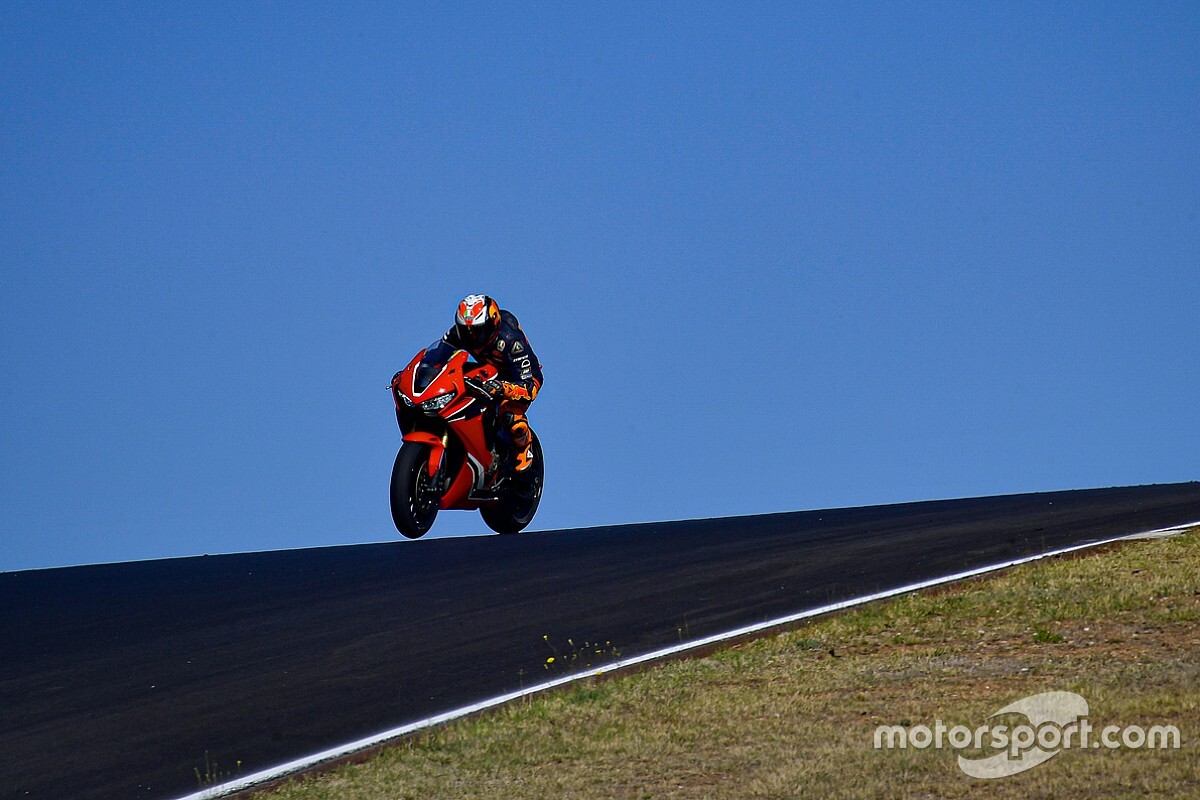 MotoGP will return to Portugal for the first time since 2012 in November for the season finale, which will mark the series' first official visit to the Algarve track near Portimao.

On Wednesday, test riders from all six manufacturers – as well as Espargaro – completed a track familiarisation session on MotoGP machinery, while 13 others from the current crop tried the venue on street bikes.

Espargaro, who was fastest of the MotoGP runners on his RS-GP, says the circuit is just about acceptable for MotoGP safety standards – and notes the series visits more dangerous venues.

"The track is borderline for MotoGP, it's on the limit," he said. "On the pictures and on the TV, everybody is just commenting on the up and downs, but the rest of the track is OK.

"We have enough room in case of a crash. I think everything is on the limit, but the last corner for me is dangerous.

"The last corner is the one most unsafe. The rest of the track, the ups and downs are a bit in the limit, but we race in circuits more dangerous.

"For example, Motegi, the walls are closer in many [more] places than Portimao. But apart from the last corner, I think it's safe enough."

KTM's Brad Binder echoed Espargaro's thoughts on the final turn, saying: "The only place I thought was maybe a little bit on the limit was the last corner.

"When you come out of it, there's a wall at either side. It wasn't too hectic on what we were there on, but on a GP bike when you have a lot of power will be maybe a bit of a different story."

"Yeah, it's a little bit [on the limit]," Miller said of Algarve's last corner. "But I've seen worse. Barcelona for example is worse, but for sure if we can try and bring the level up everywhere it's better.

"But I think we'll be discussing that on Friday in the Safety Commission."

A notable absentee from the test was championship leader Fabio Quartararo, who says he avoided it to negate the risk of injury ahead of the coming Le Mans/Aragon triple-header, but also because he feels Friday practice will be enough of an opportunity to learn the track.

However, KTM rider Pol Espargaro felt he'd have lost all of his Friday of the Portuguese GP had he not attended the familiarisation session even if he was on a street bike.

"It was good to make laps at Portimao," he said. "It's a very tricky place where you need to ride before arriving there on a MotoGP bike at the end of the straight going up and down.

"It was important for me because for sure if I was not in this test I would arrive at Friday and I would lose the full Friday to learning the track, and this is painful in a category where everybody and all the bikes are strong."

Aleix Espargaro wasn't happy that the new asphalt at Algarve was quite bumpy, and admits he is worried about racing there after Formula 1 because the cars tend to "destroy" track surfaces due to the amount of downforce they generate.

Lorenzo: Yamaha not "wasting" me with lack of MotoGP testing