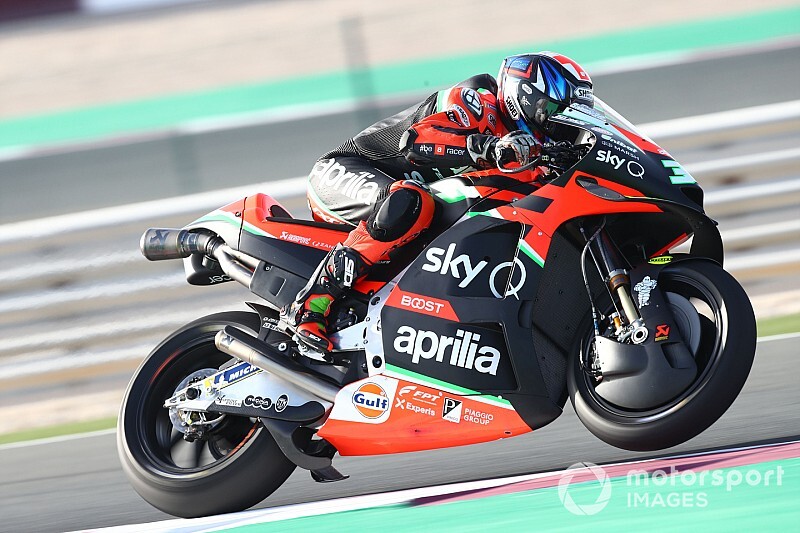 Aprilia Racing CEO Massimo Rivola says the idea of MotoGP following in Formula 1’s footsteps and racing with current machinery next year to save costs is “not madness”.

The 2020 MotoGP campaign is on indefinite hiatus due to the coronavirus pandemic, with the opening eight races either cancelled or postponed, with the Mugello and Barcelona rounds the latest to be delayed until later in the year.

This lack of racing has left teams facing financial problems, with promoter Dorna Sports last week announcing a €9m financial aid package for all independent MotoGP teams – as well as KTM – and the 31 Moto2 and Moto3 squads to be rolled out over the next three months.

Ex-Ferrari F1 sporting director Rivola praised F1’s decision to delay its 2021 rules package by a year in a bid to cut down on costs amid the current uncertain climate, and thinks MotoGP should look at similar measures.

He also mooted the idea of the MotoGP class scaling back to one bike per rider, as seen in the World Superbike Championship.

“In today's situation, where we still don't see the light at the end of the tunnel and with a very critical prediction, thinking only about the performance would be wrong,” Rivola told Motorsport.com.

“We really have to understand what [situation] the world is in and I think what F1 has done is right, and therefore it is something to consider for us too.

“But there can also be a thousand other ways to do it, such as having only one bike for each rider or perhaps doing fewer kilometres, given that the cost per kilometre of the bikes is important. There are various options.”

As a response to its growing calendar, which was meant to feature a record 20 races this year, MotoGP will conduct less testing next year.