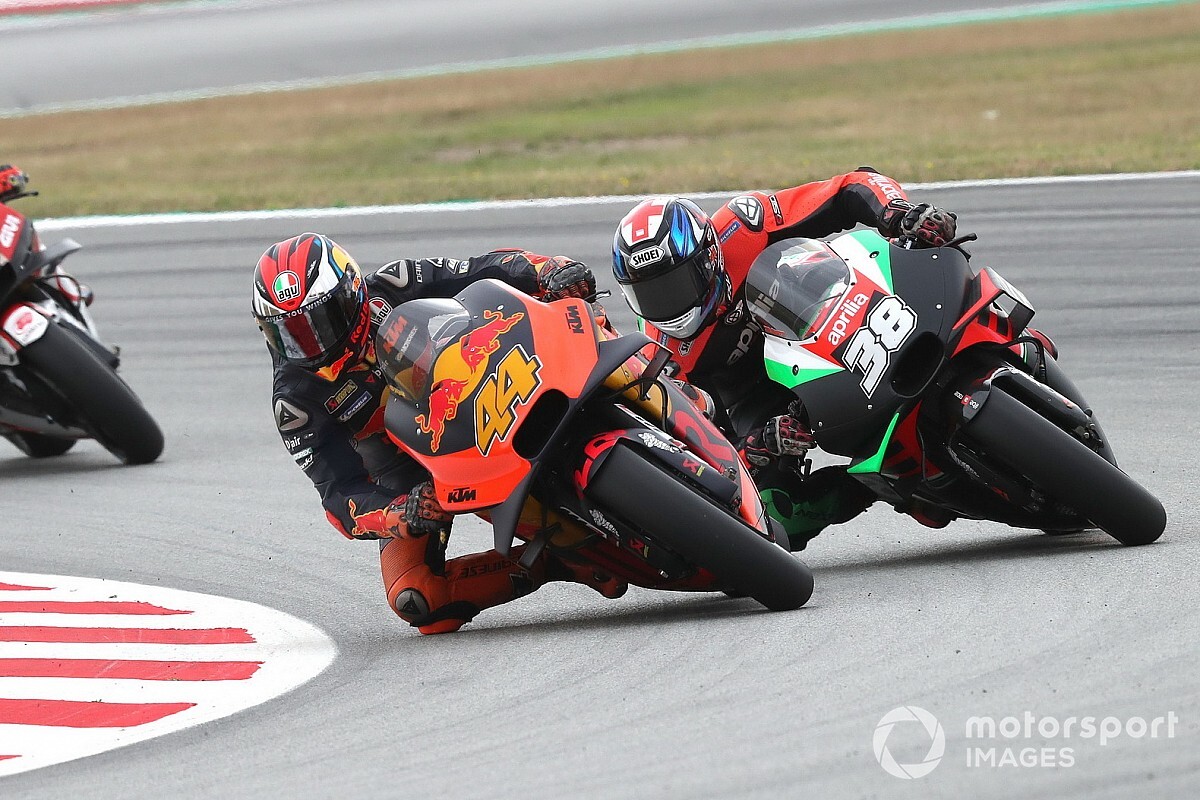 Aprilia and KTM have been given special dispensation to continue developing their MotoGP engines until the end of June.

The news follows Aprilia requesting to the Grand Prix Commission to continue working on its all-new 90-degree V4 for reliability reasons until closer to the start of the delayed 2020 season, currently planned to begin at Jerez in late July.

Previously, it had been decided that the engines of all manufacturers would be frozen all year according to the homologations submitted in March during Qatar testing in the interest of cost savings in the wake of the global coronavirus pandemic.

However, concession manufacturers Aprilia and KTM have been granted an exemption to this, and can now develop their engines until June 29.

Honda, Yamaha, Suzuki and Ducati will be forced to use the same spec of engine through the shortened 2020 campaign and the 2021 season.

It has also been decided that the four non-concession manufacturers, owing to the shorter length of the calendar, will not be able to gain concessions this year.

In normal circumstances, a full season without any top-three results would be enough for a manufacturer to gain the concessions, which include unlimited engine development, extra engines to use in a season and extra wildcard appearances (six instead of three), as Suzuki did after its poor 2017 campaign.

However, Aprilia and KTM will still be able to lose their concessions should they acquire six concession points (awarded on a 3-2-1 basis for a top-three finish). Any concession points gained this year will be valid for two years.