Pol Espargaro says Friday practice for the MotoGP Dutch Grand Prix was the “first time I enjoyed being fast in every lap” with the Honda in 2021.

Espargaro has had a difficult maiden season on the Honda in 2021, not helped by having just five days of pre-season testing before the campaign go underway to try to adapt to the bike from the KTM he rode from 2017-2020.

All Honda riders have been battling with a lack of rear grip on the 2021 RC213V, which in turn has also caused problems for them on corner-entry at most tracks this year.

One area Espargaro has also suffered has been with edge grip through long fast corners, which are a common at the quick 2.82-mile Assen track. However, Espargaro had one of his best days on the Honda all season after ending Friday second overall and just 0.111 seconds off Yamaha’s Maverick Vinales in first.

Espargaro credits his upturn in form on the grippy new asphalt at Assen and a set-up change to the bike made at the Barcelona test – though concedes Honda still needs to work to truly solve his edge grip issue.

“Saying solved is so much,” Espargaro said when if he thought his edge grip issue was gone. “I think we need bigger changes on the bike. Maybe the new chassis that Marc [Marquez] was using will improve it much more.

“I think also for sure the Barcelona change changed the edge grip a little bit, something that I was looking for. And even if it’s long corners [at Assen], the asphalt is new and the grip is better. 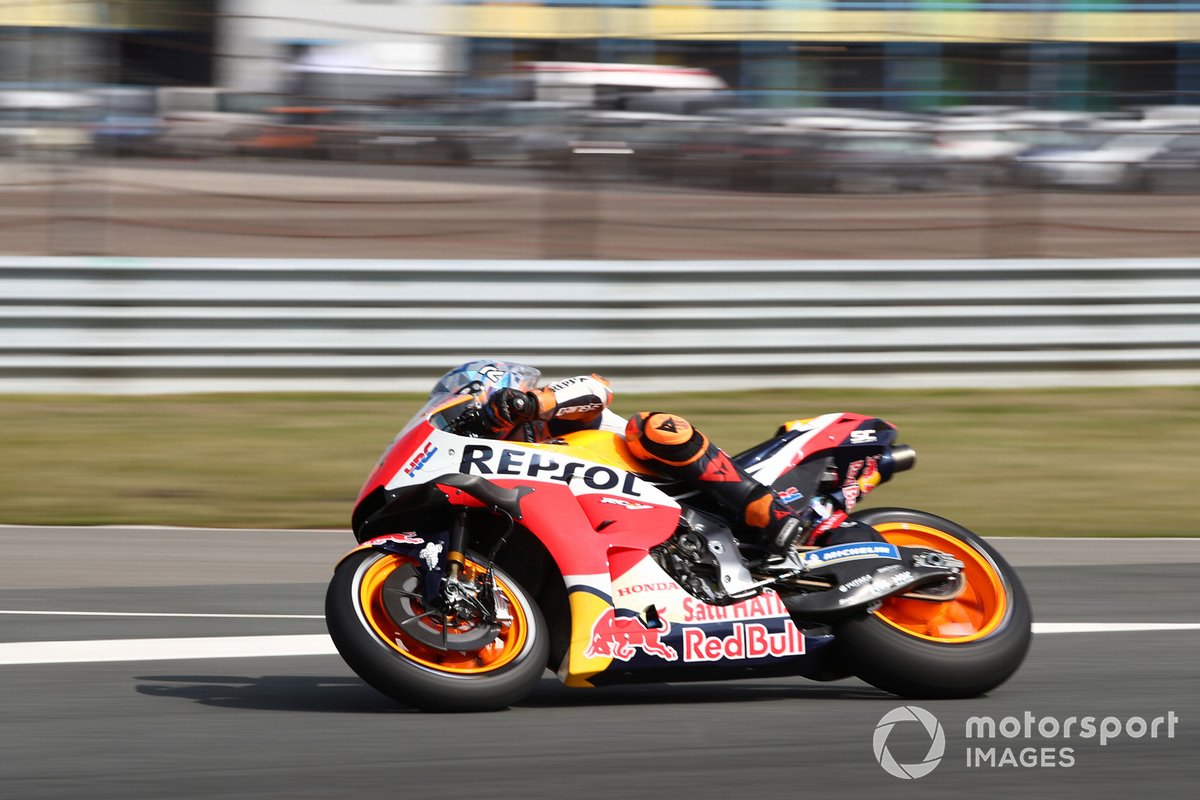 “This helps me a lot on the edge grip that I’m always asking for to ride the bike as I need. It was important also after Barcelona to go to Sachsenring but also to go to a place like Holland because it’s more similar to Barcelona.

“So, it was good to reconfirm that what we tried in Barcelona works and today in the morning I was flying. I was enjoying riding the bike, I think it’s the first time I enjoyed being fast in every lap and with a good pace.

“When I was pushing I was getting it, so that was a good feeling.”

Espargaro said after finishing 10th in Germany, while Marquez won,  that he would copy his team-mate’s set-up going forward to understand better where he is losing out in comparison.

That remained the plan for Friday at Assen, but Espargaro began with his Germany bike and carried on with it in FP2 as he felt good.

His intention was also to try the new chassis Honda brought to Assen – which Marquez heaped praise on – but rain in FP2 meant he couldn’t do any running on it.