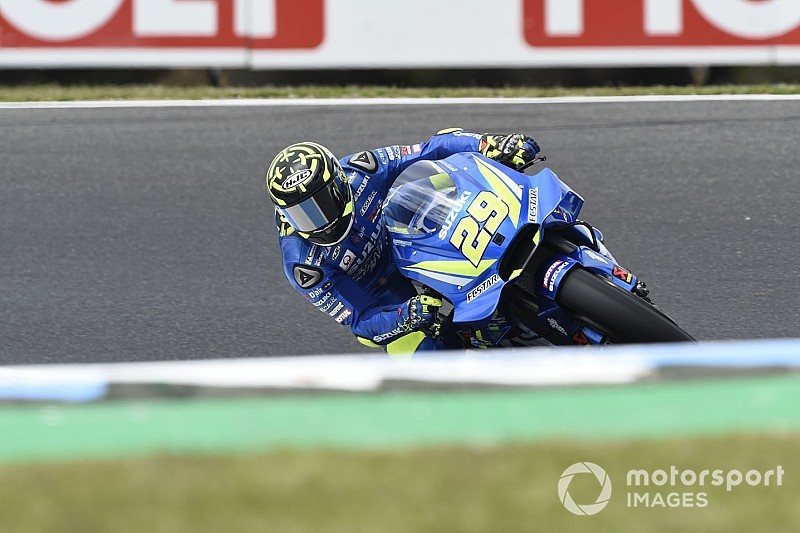 Running a soft rear tyre, the Suzuki rider was on the pace from the word go. He went quickest with a 1m30.140s on his first run, leaving him half a second clear of next-best Johann Zarco, who was also on a soft rear Michelin.

Maverick Vinales enjoyed a brief spell at the top mid-way through the session, with a 1m29.782s followed by a 1m29.583s on a hard rear.

However Iannone put top spot beyond doubt soon after, a 1m29.254s leaving him over three tenths clear of Vinales and co.

Zarco ended up third thanks to a 1m29.942s on a soft rear, followed by Andrea Dovizioso, Marc Marquez, and Alex Rins, all in the early 1m30s.

Pol Espargaro was seventh quickest on the KTM, with Prama duo Danilo Petrucci and Jack Miller and Bradley Smith rounding out the Top 10.

There was only one crash in the session, Alvaro Bautista dropping his Ducati at Turn 4 with five minutes of the session to go.

Australian MotoGP - the race as it happened